White, Michael Popkiss: The Life and Afterlife of Sarah Records

Popkiss: The Life and Afterlife of Sarah Records 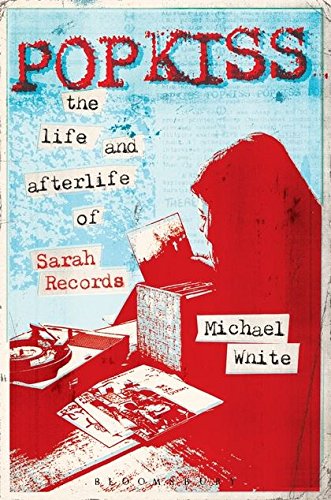 Fascinating ... [A] detailed history of the cult Bristol-based indie ... [White] puts forward a strong case for its worth. * MOJO * White's book offers a series of discrete essays, each one covering a different theme or particular band ... [Its] intriguing chapters explore the non-musical idiosyncrasies that made Sarah unique. * The Wire * Michael White expertly puts Sarah into context with a whirlwind tour of early indie-pop ... This interesting read [is] very welcome. * Record Collector * A beautiful document in itself [and a 'Top Read of 2015']. * 3AM Magazine * Combining a zine-like zeal for its subjects with a thorough examination of the cultural context that made them special, the interconnected narratives of Popkiss form an IRL internet for people who believe a record is something to hold, cherish and scratch rather than click into the cloud. This is an essential archive of a pivotal moment in UK pop history that was in danger of fading from our collective pre-web memory. * Stuart Berman, Pitchfork Contributor and author of This Book Is Broken: A Broken Social Scene Story and Too Much Trouble: A Very Oral History of Danko Jones * More than the labels that inspired its existence, Sarah Records came to define the indie-pop aesthetic. A great record label needs a great biography, and it's hard to think of anyone who could tell the Sarah story as empathetically as Michael White. Popkiss is a triumph. * Pete Paphides * It's hard to think of another record company that provoked such strong emotions as Sarah: the label, and the music it released, inspired either undying devotion or implacable loathing. Michael White's book shines a brilliant light on a strange and unique moment in indie history, illuminating a fascinating, lost world of pop, politics, passion and postal orders. * Alexis Petridis, Head Rock and Pop Critic, The Guardian, UK * White's history is a much-needed document, fleshing out details and explanation for a label and `scene' that has meant so much to so many yet not received the literary attention it deserves ... Popkiss is immensely readable and incredibly successful in uncovering the secrets of a record label that was timeless in its output, limited in its lifespan, and for the most part known to only a select few record-philes during its duration. If you were in the know, Popkiss will help you discover Sarah anew. If you weren't, you will find endless rabbit holes down which to venture. Either way, you'll come away pleased. -- Frank Valish * Under the Radar *

From 1987 to 1995, Bristol, England's Sarah Records was a modest underground success and, for the most part, a critical laughingstock in its native country-sneeringly dismissed as the sad, final repository for a fringe style of music (variously referred to as "indie-pop," "C86," "cutie" and "twee") whose moment had passed. Yet now, more than 20 years after its founders symbolically "destroyed" it, Sarah is among the most passionately fetishized record labels of all time. Its rare releases command hundreds of dollars, devotees around the world hungrily seek out any information they can find about its poorly documented history, and young musicians-some of them not yet born when Sarah shut down-claim its bands (such as Blueboy, the Field Mice, Heavenly, and the Wake) as major influences. Featuring dozens of exclusive interviews with the music-makers, producers, writers and assorted eyewitnesses who played a part in Sarah's eight-year odyssey, Popkiss: The Life and Afterlife of Sarah Records is the first authorised biography of an unlikely cult legend.

1. POPKISS: THE LIFE AND AFTERLIFE

2. POPKISS: THE LIFE AND AFTERLIFE

3. POPKISS: THE LIFE AND AFTERLIFE

4. POPKISS: THE LIFE AND AFTERLIFE

5. POPKISS: THE LIFE AND AFTERLIFE

6. Popkiss: The Life and Afterlife of Sarah Records