A Flash in Time: A Novel [Idioma Inglés] 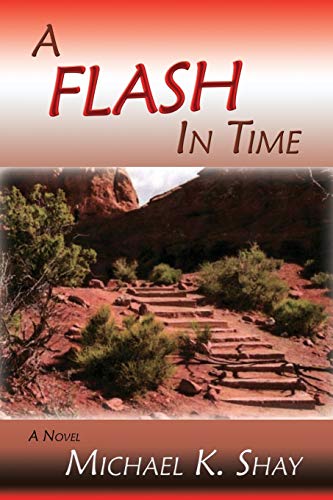 Forced to go on a hiking trip with his Uncle Jack, fourteen-year-old Zach Walker heads to the desert near Bluff, Utah to search for an ancient staircase—the same one Zach’s father was looking for when he disappeared three years before. Once in the backcountry, Zach discovers prehistoric ruins, mysterious rock art, and a one-way portal to the past. When he steps through the portal, he finds himself trapped in the land of the Ancestral Puebloans—a place hit hard by severe drought and conflict. Zach soon runs out of food and water, but a native girl named Aqua rescues him and takes him to her village where her family adopts him. But the canyons are full of warfare and Zach wants to go home, despite his growing attachment to Aqua and her family. The problem is, nobody in Aqua’s village seems to know the way back to the twenty-first century. Will Zach spend the rest of his life in a land eight hundred years before his time? How will he ever find his way back to family and friends in Portland, Oregon? (Includes Readers Guide)

Michael Shay is a former elementary and middle school educator. He travels extensively in the Southwest-hiking, studying archaeology, and learning about the people who came before us. Michael's favorite places to hike are the canyons near Bluff, Utah, where this story takes place. There, if you listen carefully while walking on canyon rims, you may hear the voices of the Old Ones or songs from their wooden flutes still lingering in the bone-dry air.

1. A Flash in Time (Paperback or Softback)