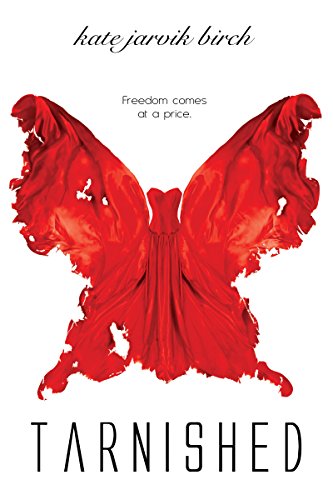 Ella may have escaped to Canada, but she's hardly free. Stuck in refugee housing for liberated pets, she's just as trapped as she was at the congressman's house, only now she has to live without Penn. But she's determined to get out. And to make matters worse, there are rumors circulating that pets like Ella are turning up dead all over the U.S., not to mention that she might be to blame. When her old acquaintance, Missy, shows up in Canada, the two of them set off together, thrusting them back into the dangerous life they just left behind. Now, they must navigate the seedy world of the black markets to uncover the dark secrets that the Kennels have been hiding, and rescue the boy she loves. But even after she's reunited with Penn, Ella still faces the near impossible task of overturning the legislation that has imprisoned her. If she's not successful, she and her fellow pets might all end up dead.

Kate Jarvik Birch is a visual artist, author, playwright, daydreamer, and professional procrastinator. As a child, she wanted to grow up to be either a unicorn or mermaid. Luckily, being a writer turned out to be just as magical. Her essays and short stories have been published in literary journals including Indiana Review and Saint Ann's Review. She lives in Salt Lake City, Utah with her husband and three kids. To learn more visit www.katejarvikbirch.com