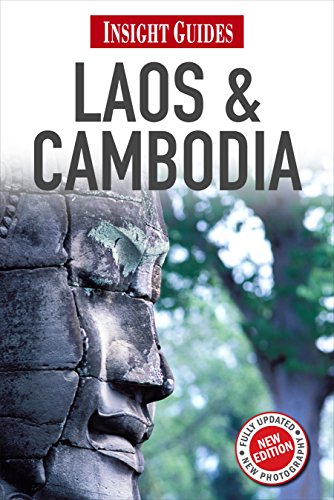 Insight Guide Laos and Cambodia is the most comprehensive full colour travel guide to these two beguiling countries, and provides both inspiration and information to plan a memorable trip to Indochina. The Best Of section shows you the unmissable experiences - Angkor, the region's most spectacular sight, as well as the two contrasting capitals: laid-back, French-influenced Vientiane in Laos and Phnom Penh, Cambodia's animated capital on the banks of the Mekong River, plus relaxing beaches and islands. Lively features immerse you in the two countries' fascinating history and rich culture, from the architectural styles of Angkor, the French influence, and the Khmer Rouge years, to the Royal Ballet of Cambodia and the lowdown on cycle touring in Laos. Meanwhile fourteen Places chapters show you where to go in Laos and Cambodia, from Vientiane and Northern Laos down to Southern Laos; and from Phnom Penh and Siem Reap to the Cambodian Coast. There are insightful descriptions of all the main attractions, and detailed, full-colour maps for easy orientation. The Travel Tips section provides comprehensive practical information for before and during your trip, plus our independent reviews of selected hotels and restaurants lead you to the most authentic establishments, full of local character.. NOTA: El libro no está en espańol, sino en inglés.