Verwandte Artikel zu Back to Back (Roughstock)

Tortuga, BA Back to Back (Roughstock)

Back to Back (Roughstock) 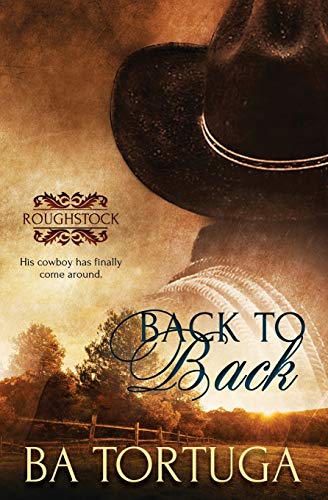 Landon knows who he wants, he’s been dreaming about Adam Taggart his whole life. Tag, though? He thinks Landon’s too poor, too young, too wrong to be his.

Landon Gaudet may not be the best bull rider on earth, but he knows that’s where the money is in rodeo. His Cajun heart is more involved with horses, though, and with finding the cowboy he’s been dreaming of all of his relatively short life. Adam Taggart has been around the block more than once, and while he thinks Landon is special, he also thinks the kid deserves better than a safety man with more than his share of notches on the bedpost.

Adam does everything he can to resist Landon, but there’s not a man alive who doesn’t love being loved, so eventually he gives in. Landon can’t believe that Adam is finally with him, that his cowboy has finally come around to his way of thinking. The only problem is that Adam isn’t sure he deserves love, or that he really has any to give. He questions everything from his need for Landon to his family’s assertion that he can do better than a boy from the bayou. Can Landon show Adam that sometimes magic is real, and that all you really need is to have a little faith?

Texan to the bone and an unrepentant Daddy's Girl, BA spends her days with her basset hounds, getting tattooed, texting her sisters, and eating Mexican food. When she's not doing that, she's writing. She spends her days off watching rodeo, knitting and surfing Pinterest in the name of research. BA's personal saviors include her wife, Julia, her best friend, Sean, and coffee. Lots of good coffee.