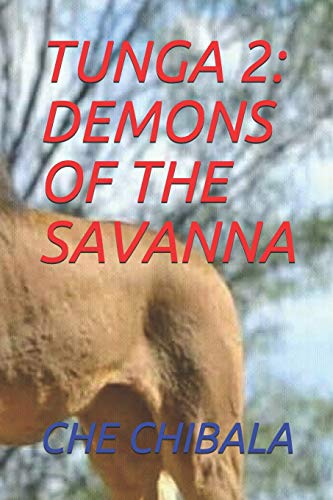 Tunga 2: Demons of the Savanna (Paperback)

Buchbeschreibung Paperback. Zustand: New. Language: English. Brand new Book. A pair of lions suddenly starts a killing spree in the valley attacking the inhabitants of a remote and little known village. The night belongs to the ravenous beasts "packs of lions, and the elusive and solitary leopard and its silence is broken by the occasional whooping of hyenas. But while the animals thrive here, the villagers, between the South Luangwa and the North Luangwa national parks, go through a grueling life fraught with many challenges. It seems the Muchinga Escarpment, the geographical divide that separates the valley people from the rest of the district, has also created a social divide. And the valley people are usually looked down upon whenever they travel to the highland."Where have they come from and why do they have black evil eyes?"Two huge male lions were standing two meters from her: they were really huge, but what was so striking and frightening about them were their eyes, they were completely black and glistened with evil intent.Sara and Michael had an encounter with the god of the Savanna two years earlier and now they face the demons from hell in the heart of the savanna. "Have you ever heard of man-eating lions before these ones?' Taliana asked them."Yes I have heard tales of them before," answered Michael."I have watched movies of them," added Sara."There will be a terrible cost in human lives because of their increasing and insatiable appetite for human flesh after each kill. These are not old, enfeebled lions which have turned from their normal prey to hunting men. These are demons from another world and dimension where gods fight gods, what we have is a holocaust, a new reign of terror that must be stopped." Taliana spoke in high toned voice."Okay what am about to tell you is fact and not something from tales or movies."I did not know what was happening until I saw it; he managed to climb a branch, fifteen feet above the ground. As he aimed at a lion which suddenly charged him, he was, in the agony of the moment, literally incapable of squeezing the trigger of the rifle which might have saved him. The enraged and exceptionally powerful beast leapt after him, knocked him off the branch and mauled him mercilessly."He was huge and tall, almost two meters tall, bushy eye brows and a wide flat nose. Shoulders hunched, head thrust forward and his right lid hooded his eye with the cunning of a serpent. He wore black, dirty jean trousers. On his feet were unpolished, old, black military boots and a grey safari shirt."Hello strangers, what brings you to my humble abode?" He greeted them exposing his big tobacco stained teeth. His eyes were set on the two black hyenas. Bestandsnummer des Verkäufers APC9781798289624

Tunga 2: Demons of the Savanna