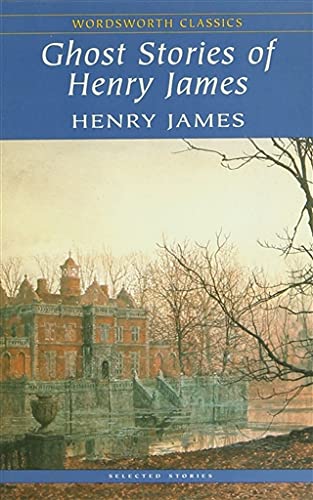 About this book: Henry James was arguably the greatest practitioner of what has been called the psychological ghost story. His stories explore the region which lies between the supernatural or straightforwardly marvellous and the darker areas of the human psyche. This edition includes all ten of his 'appacitional' stories, or ghost stories in the strict sense of the term, and as such is the fullest collection currently available. The stories range widely in tone and type. They include 'The Jolly Corner', a compelling story of psychological doubling; 'Owen Wingrave', which is also a subtle parable of military tradition; 'The Friends of the Friends', a strange story of uncanny love; and 'The Private Life', which finds high comedy in its ghostly theme. The volume also includes James's great novella 'The Turn of the Screw', perhaps the most ambiguous and disturbing ghost story ever written.

Henry James (1843-1916) was born in New York and had an unconventional childhood, being educated in a variety of schools and living with his family mostly in hotels in England, France and Switzerland. He spent a term at Harvard Law School in 1862, before embarking on his career as a writer and continuing to travel extensively. He was naturalised as a British subject in 1915. James wrote twenty novels, innumerable short stories, many works of criticism or description, a number of plays and two excellent pieces of biography. He is most noted for his methodical construction, individual style, and careful characterisation.