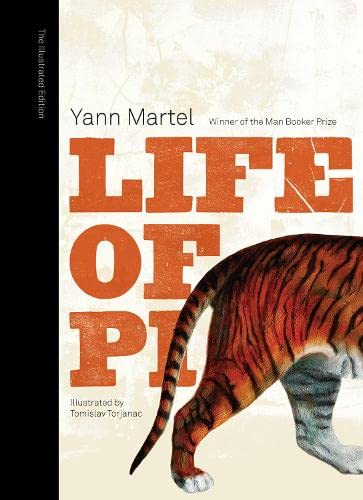 Yann Martel is a vivid and entrancing story-teller. * * Sunday Telegraph * * An inventive, shocking and ultimately uplifting story. * * Daily Mail * * In its subject and its style, this enormously lovable novel is suffused with wonder: a willed innocence that produces a fresh, sideways look at our habitual assumptions, about religious divisions, or zoos versus the wild, or the possibility of freedom. As Martel promises in his author's note, this is fiction probing the imaginative realm with scientific exactitude, twisting reality to 'bring out its essence' -- Justine Jordan * * Guardian * * Yann Martel's third work of fiction, Life of Pi, is a terrific book. It's fresh, original, smart, devious, and crammed with absorbing lore. . . Life of Pi is not just a readable and engaging novel, it's a finely twisted length of yarn. . . Like its noteworthy ancestors, among which I take to be Robinson Crusoe, Gulliver's Travels, the Ancient Mariner, Moby Dick and Pincher Martin, it's a tale of disaster at sea coupled with miraculous survival - a boys' adventure for grownups. -- Margaret Atwood * * Sunday Times * * Here is a writer with a talent as fabulous as the tale that he - and his Pi - have to tell. * * Spectator * *

This hardback, slipcased edition is signed by Yann Martel and illustrator Tomislav Torjanac Life of Pi needs little introduction. Since it was first published in 2002 it has entered mainstream consciousness and remains one of the most extraordinary works of fiction in recent years. In October 2005 Canongate launched a competition with The Times to find an artist to illustrate Yann Martel's international bestseller. Soon the competition expanded as the Globe and Mail and The Age newspapers also launched a search in Canada and Australia. From thousands of entries, Croatian artist Tomislav Torjanac was chosen as the illustrator for this new edition of Life of Pi. 'My vision of the illustrated edition of Life of Pi is based on paintings from a first person's perspective -- Pi's perspective. The interpretation of what Pi sees is intermeshed with what he feels and it is shown through use of colours, perspective, symbols, hand gestures, etc. 'The idea behind this approach is a kind of an extension of Mr. Martel's idea as expressed in this quote: 'It seemed natural that Mr. Patel's story should be told mostly in the first person -- in his voice and through his eyes. But any inaccuracies or mistakes are mine.'' Tomislav Torjanac