On Wine and Hashish 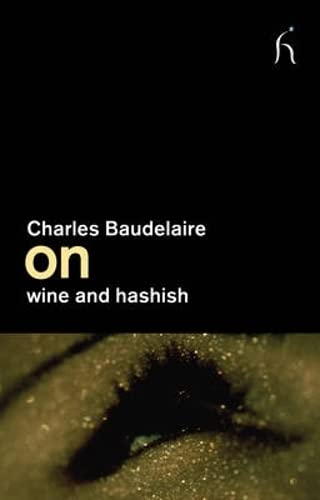 'In Baudelaire's essayettes on the fastest ways out of misery by the chemical expansion of the imagination, he opined that the proper purpose of an intoxicant was to bestow the power of poetry on the wretched, numbed and dumbed by labour. (Although, as Andrew Brown writes in a nifty intro, Baudelaire was an 'aspirant workaholic' who became an opium addict.) He was therefore against the isolated state invoked by hash, even if it induced visions of flowing waters and eventual bliss, partly because of the giggling of the poncey poseurs he saw taking it - it was never the exit of choice in working-class Paris. Instead he favoured wine, remaining always sympathetic to the absurdities of drunks. There's a description of such affection in a crowd watching a far-gone drinker using a rope to pull his friend up from the gutter, so that they might continue their imbibing until they had 'lost sight of the shores of woe'.' --The Guardian

'Charles Baudelaire, imagined a universe as glitteringly peculiar as his mentor s but relied on more prosaic inspiration. His extraordinary reflections On Wine and hashish make up the latter half of his very free translation of Thomas De Quincey s classic Confessions of an English Opium-Eater . Between them, De Quincey and Baudelaire invented our modern attitudes to drugs: Baudelaire inherits the English writer s tormented visions, his ambiguous shuttling between the pleasures and the pains of opium, then expands his drug-fuddled cosmos to include the effects of alcohol and cannabis. Reading Baudelaire s visionary poetics of intoxication, you can only conclude that the stuff was more potent in those days.' --Time Out

'...funny, moralistic and filled with cheery sarcasm.' --The Strait Times

Initially composed for newspaper publication and inspired by Thomas De Quincey’s Confessions of an Opium Eater, Charles Baudelaire’s intriguing essays take a remarkably stark look at the use and effects of drink and drugs. Along the way he asserts the ambivalence of memory, urges a union of willpower and sensual pleasure, and claims that wine and hashish bring about an escape from narrative time. Surprisingly forward and positive in tone, this is a unique investigation from one of the great 19th-century poets.

1. On Wine and Hashish (On Series)