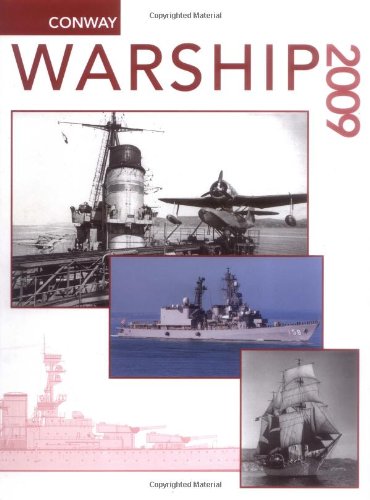 The latest volume of this perennially acclaimed annual maintains the well-established high standards of scholarship, research, news and reviews from the field of warship history. Combining original articles with comprehensive examinations of a vast array of classes from the world's major navies both past and present, Warship is an essential addition to the bookshelf of maritime enthusiasts, professionals, historians and modellers alike. Warship 2009 will include major feature articles on the Royal Navy's postwar submarine strategy, the conversion of the IJN Ise and Hyuga to 'battleship-carriers', the building of HMS Repulse, the Soviet cruisers of the Kirov class, the loss of the French battleship Suffren, and the Italian MAS-boats. Other subjects include the transition of the Victorian Navy from sail to steam, the turret ships Monarch and Captain, and weather losses during the Second World War. The annual will be completed by the customary 'World Navies in Review', 'Warship Notes', 'Gallery', and book review sections.

John Jordan is a former language teacher. He is the author of two major books on the Soviet Navy, and more recently co-authored French Battleships 1922-56 (Seaforth, 2009) with Robert Dumas. He has been associated with Warship from its earliest beginnings and took over the editorship in 2004.