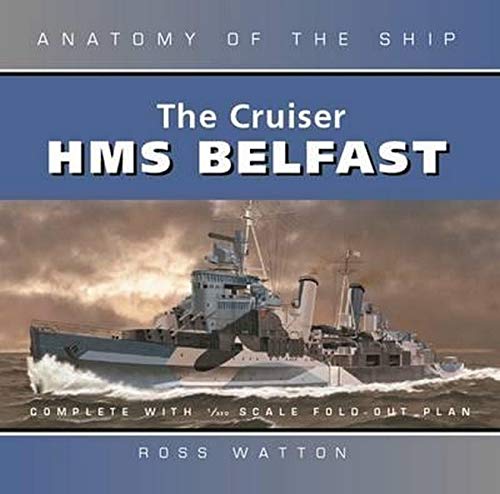 The largest British cruiser of the Second World War, HMS "Belfast" had an eventful career, later fighting in Korea and undergoing a complete modernization. Explore the ship in detail through visually exciting, totally comprehensive drawings, including plans, explanatory perspective views, exploded diagrams, and descriptive keys. Ship buffs, historians, and model makers will enjoy insight into this special ship and its technicalities.

In 1981, afterservice with the Royal Navy, Ross attended art college and began work on a large cutaway illustration of HMS Belfast, which is still on display on the ship. He also started writing his first book for Conway, about the preserved cruiser, in the Anatomy of the Ship series. During the next four years, he wrote three more titles for the series and illustrated many of the dust jacket covers for the others.