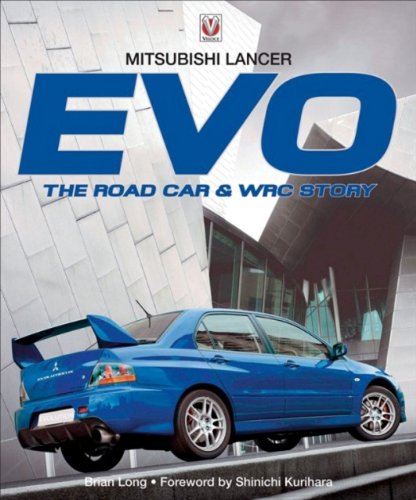 New Zealand Performance Car magazine, February 2007 'Mitsubishi Lancer EVO: The Road Car & WRC Story' describes the story of the Lancer from its early days in 1973 when the first humble model rolled onto the streets, through to the Lancer Evolution IX and beyond. With a detailed recounting of the Lancer's WRC racing heritage and road car status across the years, this definitive guide to everything Lancer is one you'll want to add to the collection if you're a triple diamond fan. There's a glimpse to the Lancer's future, too.

The Lancer name conjures up many different images. For some, it evokes memories of the first generation cars, introduced in 1973, which fought with the best on the Safari Rally and came out the victors. Others will remember the second generation models especially the turbocharged versions, the original Mitsubishi wolf in sheep's clothing and who could not be aware of the Evolution (Evo) series, launched in 1992. Forged in the fierce heat of WRC competition and honed by years of continuous development, the Lancer Evolution is not only one of the greatest rally cars of all time, it is also a desirable high-performance road car, too. Written in Japan with the full cooperation of Mitsubishi and key staff members, this is the definitive international story of all the world's Lancers, whether they carried Mitsubishi, Dodge, Colt, Plymouth, Valiant, Eagle, Proton or Hyundai badges, with special emphasis on the Evolution models.