Verwandte Artikel zu Sounds Like London: 100 Years of Black Music in the...

Bradley, Lloyd Sounds Like London: 100 Years of Black Music in the Capital

Sounds Like London: 100 Years of Black Music in the Capital 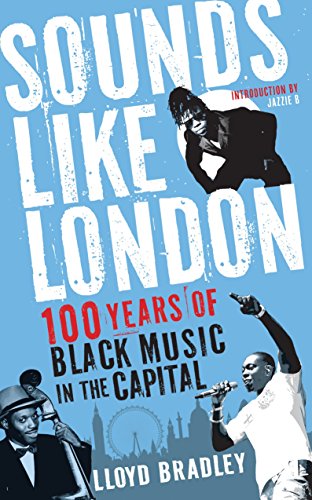 For as long as people have been migrating to London, so has their music. An essential link to home, music also has the power to shape communities in surprising ways. Black music has been part of London's landscape since the First World War, when the Southern Syncopated Orchestra brought jazz to the capital., Following the wave of Commonwealth immigration, its sounds and styles took up residence to become the foundation of the city's youth culture. Sounds Like London tells the story of the music and the larger-than-life characters making it, journeying from Soho jazz clubs to Brixton blues parties to King's Cross warehouse raves to the streets of Notting Hill - and onto sound systems everywhere. As well as a journey through the musical history of London, Sounds Like London is about the shaping of a city, and in turn the whole nation, through music., Contributors include Eddy Grant, Osibisa, Russell Henderson, Dizzee Rascal and Trevor Nelson, with an introduction by Soul2Soul's Jazzie B.

'Bradley leaves no stone unturned in a coruscating rollercoaster ride through murder, major label gripes, ganja paranoia and racism, the first comprehensive history of every aspect of reggae

What makes Bass Culture such an absorbing read is how easily Bradley joins the dots between the music and the culture ... a fascinating exploration, expansive and exacting (Irish Times)

Dizzying in its scope yet at the same time meticulous in its attention to detail, written with passion, style and gusto (Independent on Sunday)

The most thorough attempt yet to tell reggae's whole story ... he is as attentive to the island's shifting social and political scene as he is to the gradual evolution of the music (Sunday Times)

An excellent account of the origins and development of reggae, skilfully locates each phase in the music's evolution and achieves this in an admirably lucid style (Independent)

In Lloyd Bradley's long-awaited history, the ghettos and the ganja are explored alongside Independence and international relations to produce the definitive account. An informed analysis and an intoxicating aural history (GQ)

Epic ... Sounds Like London is chock-full of fascinating, often forgotten characters ... a major work, and a worthy tribute to a vibrant and innovative culture. (Kevin EG Perry NME 2013-08-24)

I found myself riveted by descriptions of events and people I knew, but had never seen in print; even more so by what I learnt ... fascinating ... an honest and passionate celebration of not just the music, but the courage, tenacity and guile of the people who made it (Courttia Newland FT 2013-08-17) Biografía del autor:

Lloyd Bradley is the author of Bass Culture: When Reggae Was King, an account of the glory days of the Jamaican music industry, currently in its fourteenth UK printing, translated into six languages and the best-selling book ever written about Jamaican music or culture. He was Associate Producer of the BBC's 2002 series Reggae: The Story Of Jamaican Music and author of its accompanying book. As a regular contributor to Mojo, the Observer, the BBC and The Times, Lloyd is one of the UK's most respected writers and broadcasters on the subjects of Caribbean music, culture and its impact on the UK.