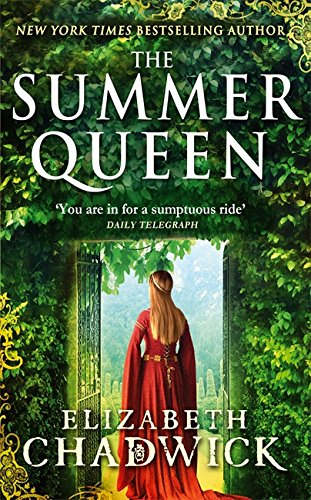 Meticulous research and strong storytelling. The first in a trilogy about the passions and scandals in the 12th-century French court (Woman & Home)

A rich and compelling read (Candis)

Eleanor of Aquitaine's story deserves to be legendary. She is an icon who has fascinated readers for over 800 years. But the real Eleanor remains elusive - until now. Based on the most up-to-date research, award-winning novelist Elizabeth Chadwick brings Eleanor's magnificent story to life, as never before, unveiling the real Eleanor.

Young, golden-haired and blue-eyed Eleanor has everything to look forward to as the heiress to wealthy Aquitaine. But when her beloved father dies suddenly in the summer of 1137, her childhood is over. Forced to marry the young prince Louis of France, she barely adjusts before another death catapults them to being crowned King and Queen of France. Leaving everything behind, Eleanor must face the complex and vivacious French court. She is only 13.

Barely out of childhood, and forced to deal with great scandals, fraught relationships and forbidden love at every turn, Eleanor finally sees what her future could hold if she could just seize the moment.

Overflowing with scandal, politics, sex, triumphs and tragedies, The Summer Queen is the first novel in a stunning new trilogy.