Verwandte Artikel zu Could It Be Magic?

Rose, Melanie Could It Be Magic?

Could It Be Magic? 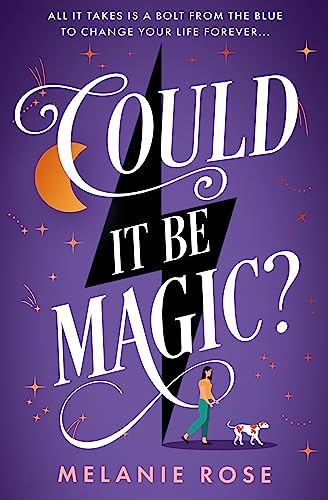 ‘Fans of Sophie Kinsella will love Melanie Rose.’ News of the World

‘A wacky, improbable tale of two girls being struck by lightning at the same time with interesting consequences. It’s Cecelia Ahern territory, highly recommended.’ The Bookseller

All it takes is a bolt from the blue to change your life forever...
A magical novel full of heart and soul for fans of Cecelia Ahern and Sophie Kinsella.

When Jessica Taylor is struck by lightning one afternoon whilst walking her dog, she has no idea how dramatically her life is going to change...

Lucky to survive, Jessica wakes up in a hospital bed - but as someone else. Apparently she's now Lauren Richardson, wife and mother of four young children. No one will believe her story - she can hardly believe it herself.

Later that night, Jessica wakes up again - as herself. She quickly works out that when Lauren sleeps, she wakes up as Jessica. But when Lauren is awake, she must sleep - whatever the time of day. Needless to say, it plays havoc with her work and her blossoming relationship with Dan Brennan, the handsome stranger who saved her on the Downs that fateful day.

Jessica has no idea what has happened to her and whether she can get back to life as she knows it. Meanwhile, she must quickly get the hang of looking after four demanding children, an even more demanding husband and also learn all about the woman in whose designer shoes she now stands.

But as she digs deeper into Lauren's life, she unearths some secrets, secrets which may tear the family apart...