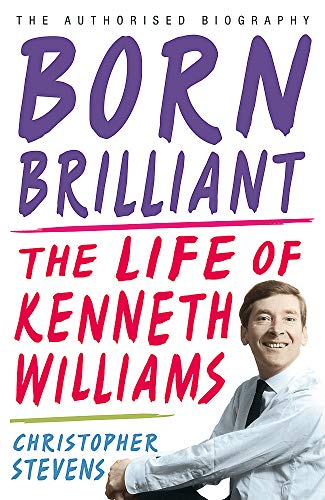 Stevens has unearthed a great deal of new material * TLS * Excellent biography * Choice * a portrait far more sympathetic than the ascerbic one conjured by Williams' edited diary extracts in l993 * Independent * Williams gets the biography he deserves: impeccably researched, compelling and, despite everything, sympathetic * Scotsman * Stevens has done a grand job of reconciling the public and private Williamses * Daily Telegraph * Stevens adeptly captures the mercurial temperament and frequent malice. For all his flaws, however, Williams remains lovable, to his devoted friends and fans, as well as to Stevens' readers * Metro * Christopher Stevens has written a solid, workmanlike, authorised biography of this least solid or workmanlike or authorised of figures * Mail on Sunday * The book does something interesting and necessary. There is a danger with any book on Williams of just further nailing down the received wisdom: that he was entirely morbid, socially inadequate and consumed by guilt. What Stevens manages to do, even as he throws out all the examples of The Fear, is retune the accepted facts a little and tell the story not just of the melancholia but also of the happiness * Herald * Christopher Stevens's diligent biography offers illuminating insights into Kenneth Williams's work and inner life. Underpinned by a warm sympathy, Born Brilliant is often revealing and . . . well-written * Sunday Telegraph *

Kenneth Williams was the stand-out comic actor of his generation. Beloved as the manic star of Carry On films and as a peerless raconteur on TV chat shows, he was also acclaimed for serious stage roles. Born Brilliant will include much previously unseen material from Williams's candid daily journal and also draw on rare in-depth interviews with friends and colleagues. Since the publication of edited extracts from his diaries, much controversy has surrounded Williams's personal and professional lives. This biography traces the complex contradictions that characterised an extraordinary life and presents the first full portrait of a star who was born brilliant.