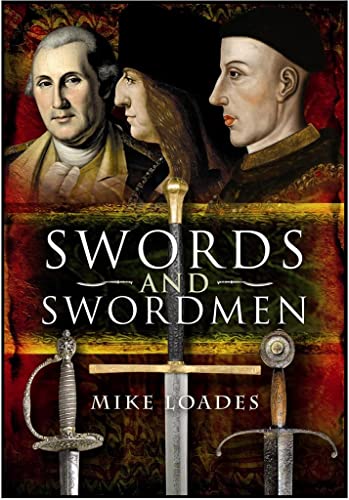 "For anyone interested in Military History, this is a fascinating book....Well illustrated and written, this is a social and martial history all in one."--Ancient Egypt Magazine "...the reader is quickly drawn into a journey into man's past that is both illuminating and entertaining. If more scholarly works were as well researched and as scintillating, the hallowed halls of academia would be that much more attractive!"--Armchair General "...truly a high quality product, beautifully produced and with lavish illustration throughout...a great read and highly recommended."--Military Illustrated "... handsome, 494 page volume (including glossary, bibliography and index) investigates both the technical aspects as well as the societal impetus behind sword evolution in a way that is both academic as well as highly fascinating.... presents swords as seen through the eyes of prominent historical figures who used them and of particular interest is the highly detailed focus on actual pedigree pieces. Generously illustrated with period images, fine line drawings and photographs of original antique swords from museums and private collections. Whether a new enthusiast just starting out, a practitioner of the sword arts or an advanced aficionado or collector, there is something in "Swords And Swordsmen" for everyone ..."--Swordforum.com "For modern fencers, Swords and Swordsmen vividly brings to life the weapons from which our sport derives as Mike Loades shares his passion and fascination for the sword and takes the reader on a journey through history. Meticulously researched and beautifully illustrated by over 200 photographs and 100 line drawings...""--The Sword "From its earliest pages to its epilogue (which treats the sword in its modern incarnation from a 19th century dueling implement to the modern sport of fencing), Swords And Swordsmen makes it clear that no study of the design, function and symbolism of the sword can be entirely complete without an understanding of the code of chivalry, and vice-versa."--Chivalry Today "A superb history of swords and swordsmen, with the most breathtaking coverage from the earliest days to modern times. Brilliant."--Books Monthly

This magnificent book tells the story of the evolution of swords, how they were made, how they were used, and the people that used them. It doesn't claim to give comprehensive coverage but instead takes certain surviving examples as landmarks on a fascinating journey through the history of swords. Each is selected because it can be linked to a specific individual, thus telling their story too and giving a human interest. So the journey starts with the sword of Tutankhamun and ends with the swords of J E B Stuart and George Custer. Along the way we take in Henry V, Cromwell and Uesugi Kenshin, and there is the most detailed discussion you'll find anywhere of all of George Washington's swords. The chapters on these specific swords and swordsmen are alternated with more general chapters on the changing technical developments and fashions in swords and their use. The reader's guide on this historical tour is Mike Loades. Mike has been handling swords most of his life, as a fight arranger, stuntman and historical weapons expert for TV and stage. He considers the sword as a functional weapon, work of art, fashion statement and cultural icon. As much as his profound knowledge of the subject, it is his life-long passion for swords that comes through on every page. His fascinating text is supported by a lavish wealth of images, many previously unpublished and taken specifically for this book.Mike Loades is best known as the presenter of Weapons that Made Britain and Weapon Masters, but has appeared in dozens of other documentaries as an historical weapons expert and military historian. As a fight arranger he has choreographed fight and battle sequences (most of which involved swords!) for over a hundred television productions, plays and operas. He has also directed several historical documentaries for National Geographic and History Channel. He has lectured and written widely on arms and armour, contributing to both periodicals and books. Swords and Swordsmen is his first full-length, solo book. Although British, Mike now lives in the San Francisco Bay area with his wife and dogs, where he continues to work on various television and writing projects.