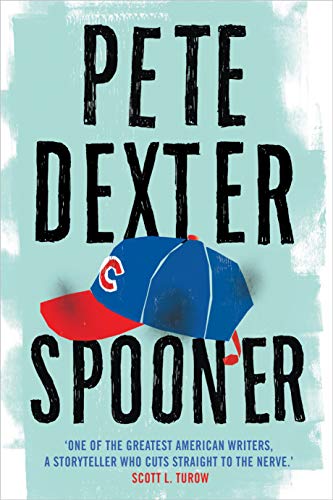 "* 'One of the greatest American writers, a storyteller who cuts straight to the nerve.' Scott L. Turow 'Dexter, the gorgeous writer of hard beauties like Paris Trout, will make you laugh yourself into a fit one page and hold back tears the next... Throughout this sprawling heart-thumper of a read, the writing goes down like a feast.' Entertainment Weekly 'Pete Dexter, writing of the part played by love in the exuberant life of his hero, Spooner, and the fatal inevitability of the compromises that make life bearable, has given us a novel of picaresque vitality - outlandish, anecdotal, profuse, funny, profound.' Susanna Moore, author of In The Cut 'The best new novel I read this year' Mark Haddon on Train 'A grim and fascinating novel filled with wonderfully comic touches... A fine and engrossing work.' William Styron on Paris Trout 'A masterpiece, complex and breathtaking.' Los Angeles Times on Paris Trout 'Extraordinary... A formidable achievement... Other writers must now be measured against Pete Dexter.' San Francisco Chronicle on Train"

Warren Spooner is born in rural Georgia, on the first Sunday of December 1956, after a prolonged and unhappy labour in a makeshift delivery room. His troubled birth is swiftly followed by his father's untimely death - and young Spooner is left to get on with growing up, without even a memory of his daddy's face. Spooner makes it into minor league baseball, but an injury to his throwing arm relegates him to the sidelines, and dashes his hopes of making it to the big-time. But the young man is nothing if not resilient, standing up to tragedy and adversity in his own dark (often extremely dark) ways. Through it all his step-father - Calmer Ottoson - stands by, determinedly trying to save his step-son, yet utterly powerless to do so. From Spooner's troubled childhood, to his troubled adolescence and violent and troubled adulthood Pete Dexter tells an entirely gripping story of one man's inexhaustible patience tested to the limits as he struggles to rescue a step-son he will never understand.

Buchbeschreibung Zustand: Good. Former Library book. Shows some signs of wear, and may have some markings on the inside. Bestandsnummer des Verkäufers 17629557-6

Buchbeschreibung Atlantic Books, 2010. Paperback. Zustand: Good. Connecting readers with great books since 1972. Used books may not include companion materials, some shelf wear, may contain highlighting/notes, may not include cdrom or access codes. Customer service is our top priority!. Bestandsnummer des Verkäufers S_296727400