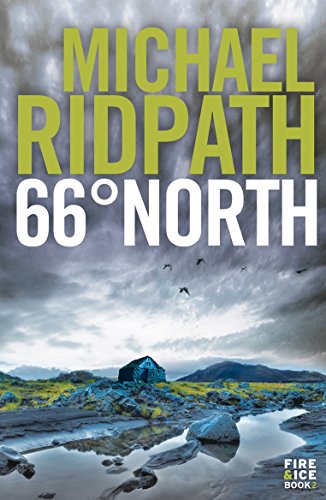 Well done, Michael Ridpath... this is a clever blend of murder mystery, myth and up-to-the-minute mayhem' * The Times * Ridpath has that read-on factor that sets bestsellers apart * Guardian * Never fail[s] to deliver satisfaction and excitement * Daily Mail * Michael Ridpath is on the war path, trouncing the Scandinavians on their home turf. This is international thriller writing at its best, fine characters, page turning suspense and a great, fresh location. -- Peter James The plotting and pacing are all one could wish for * Scotland on Sunday * Sheer entertainment... Michael Ridpath provides a master-class in how it's done * Observer * Superbly entertaining... Ridpath has another hit on his hands -- Mike Ripley * Shots Magazine *

Iceland 1934: Two boys playing in the lava fields that surround their isolated farmsteads see something they shouldn't have. The consequences will haunt them and their families for generations. Iceland 2009: the credit crunch bites. The currency has been devalued, banks nationalized, savings annihilated, lives ruined. Grassroots revolution is in the air, as is the feeling that someone ought to pay... ought to pay the blood price. And in a country with a population of just 300,000 souls, in a country where everyone knows everybody, it isn't hard to draw up a list of exactly who is responsible. And then, one-by-one, to cross them off. Iceland 2010: As bankers and politicians start to die, at home and abroad, it is up to Magnus Jonson to unravel the web of conspirators before they strike again. But while Magnus investigates the crimes of the present, the crimes of the past are catching up with him.