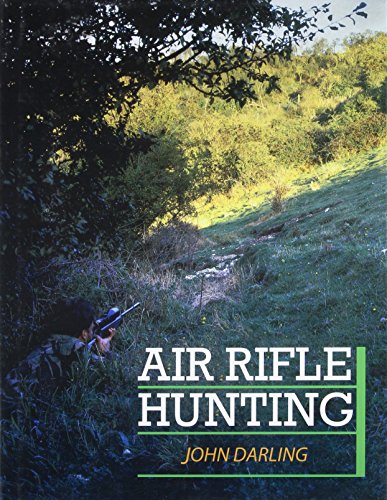 This book is a captivating and highly informative guide to the techniques of being effective as a hunter with a modern precision air rifle in today's countryside.

Buchbeschreibung The Crowood Press Ltd, United Kingdom, 1988. Hardback. Zustand: New. Language: English. Brand new Book. This informative book takes the novice from choosing his first rifle to hunting techniques. In his highly individual style, John Darling explains the methods and techniques that work for him. Chapters cover the air rifle, ammunition, sights, accessories and clothing, shooting and hunting techniques, the law and safety, quarry (including rabbits, squirrels, rats, woodpigeons, doves and crows), and field target shooting. Although appealing mainly to the inexperienced shooter, the competent hunter will find invaluable advice on the maintenance of equipment and field techniques within these pages. AUTHOR: John Darling was known to all air gun enthusiasts through his regular column The Hunter - in Air Gunner magazine. He was an established journalist and photographer, contributing regularly to leading angling and sporting magazines, as well as having written a number of books, including The Sea Angler's Guide to Britain and Ireland (Lutterworth, 1982), Shore Fishing and _The Complete Fisherman (Ward Lock 1982 and 1984). 85 photos. Bestandsnummer des Verkäufers AAZ9781852230630