Art and Architecture of Islamic Cairo 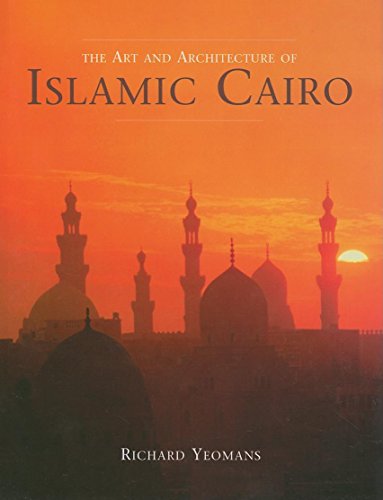 Since Napoleon's invasion of Egypt in 1798, the western traveller has been obsessed with the Pharaohs and Egypt's ancient past. Her Islamic culture has been largely ignored, and the pyramids have been allowed to cast a long shadow over the visual culture of Islamic Cairo, obscuring a magnificent art and architectural heritage that has lasted over a thousand years, from the building of the Mosque of Amr in the seventh century to that of Muhammad Ali in the nineteenth. Cairo is full of masterpieces of medieval art and architecture reflecting the status of Egypt as the centre of several significant Muslim empires. The purpose of this book is to redress the cultural balance and examine the art and architectural treasures of Cairo from the Arab to the Ottoman conquests (642-1517). Set within an historical narrative, the stylistic development of the visual arts is explained within changing religious, social and political contexts. Examples of the decorative arts - ceramics, glass, woodwork, metalwork, textiles and manuscripts - are examined in the Museum of Islamic Art, Cairo, and other major collections in Europe and the USA.Architecture and the decorative arts are dealt with separately with detailed descriptions, illustrating how the story of Islamic art and architecture is one of continuing adaptation and change. By concentrating on Cairo's Islamic art and architecture, Yeomans has created a study of Islamic style which is unprecedented in its historical scope. Fully illustrated with over 200 vivid photographs, plans and elevations and a comprehensive glossary of architectural terms, this book will be essential reading for architects, designers and historians; indeed, for anyone with an appreciation of one of the world's finest and richest architectural legacies, tragically under threat.

Richard Yeomans is an independent scholar who was formerly a Senior Lecturer at the Institute of Education, University of Warwick, where he was the Co-ordinator for Art and Design. The author of The Story of Islamic Architecture, he is also a painter who has regularly exhibited his work in solo and mixed exhibitions in London, the Midlands and abroad. The Islamic architecture of Egypt has been the subject of his painting for over twenty years and this book springs from that intimate visual knowledge and experience.

1. The Art and Architecture of Islamic Cairo

2. The Art and Architecture of Islamic Cairo

3. Art and Architecture of Islamic Cairo