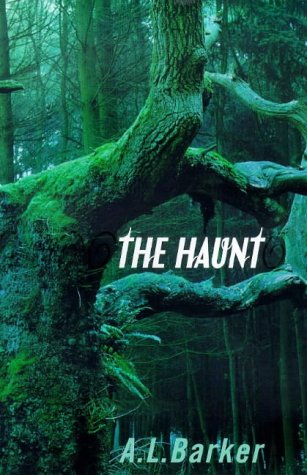 Book by Barker A L

With its sly, slow-burning jokes and exquisite dialogue, THE HAUNT must count among the season's funniest novels (INDEPENDENT)

She is perceptive and compassionate in her treatment of human folly, with an enviable command of contemporary fiction (LITERARY REVIEW)

She is a quietly excellent and very English writer, who believes in fatalism as others believe in action. She deserves to be read and read again. (Anita Brookner.)

Set in 'old forest country' on the tip of Cornwall, The Haunt is a seedy, dishevelled and decaying hotel, but like the forest itself, with the germ of the legendary Cornish great forest at its heart, The Haunt is a place that welcomes those with longings, with their own deep-seated, incommunicable fears. There is the elderly couple who have just moved to the country, there to find solace but in fact discovering love of a different kind. The child who is odd and needs a friend. The eccentric painter, the loner whose wife has left him.

With her precise, pithy use of language and clear sense of judgement, A. L.Barker's THE HAUNT is a wholly original novel which picks up a clutch of characters and slowly reveals the very eccentricities that drive them.

'She is a quietly excellent and very English writer, who believes in fatalism as others believe in action. She deserves to be read and read again.' Anita Brookner

Buchbeschreibung Hardback. Zustand: Very Good. The book has been read, but is in excellent condition. Pages are intact and not marred by notes or highlighting. The spine remains undamaged. Bestandsnummer des Verkäufers GOR004245203

Buchbeschreibung Hardback. Zustand: Good. The book has been read but remains in clean condition. All pages are intact and the cover is intact. Some minor wear to the spine. Bestandsnummer des Verkäufers GOR006197063