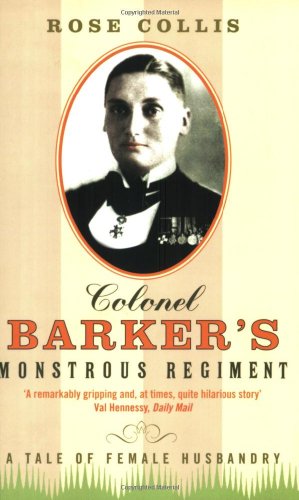 This entertaining romp would have made an appealing novel; the fact that it is a true story makes it yet more compelling (THE GOOD BOOK GUIDE)

On April 15, 1929, a few months after Radclyffe Hall's THE WELL OF LONELINESS was booed, banned and burned, a trial concluded at the Old Bailey with the sentencing of Colonel Victor Barker to nine months imprisonment. For Colonel Barker was, in fact, a woman.

Her trial which became one of the most scandalous news stories of the decade led to her imprisonment. But on her release she once again assumed life as a man and her life thereafter went from tragedy to fame and back to tragedy again. This is her story.