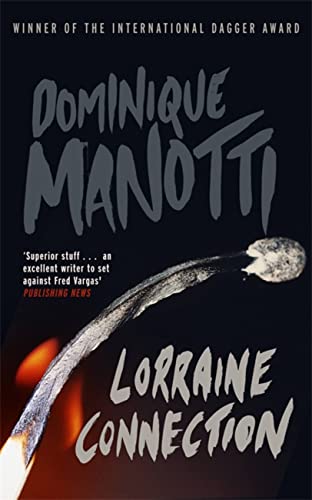 'Bleak, transgressive, sexy and quite literally unputdownable. They're so seedy, very, very French (in a good way), often very funny and so tightly plotted that you can read them in an evening. And Arcadia's translations have been brilliant. It's a joy...devouring such exuberant, taut and engrossing crime writing' - Bookseller 'The novel I liked most this year. Set in Le Sentier, the district of Paris where expensive clothes are made in sweatshops, it uses real events - the struggle by foreign workers in 1980 to get legal status - as the setting for an extraordinary vivid crime novel' - JOAN SMITH, Books of the Year, Independent, on Rough Trade 'Gets under the skin in a way that has rarely been so compelling, and certainly never sexier' -Cary Gee, Tribune. 'Seamlessly integrates a fine crime story with an equally convincing grip on the character on the northern landscape' -Judges of the CWA Duncan Lawrie International Dagger Award

The players in this deadly-serious game of Monopoly will stop at nothing. In Pondange, Lorraine, the Korean Daewoo group manufactures cathode ray tubes. Working conditions are abysmal, but as it's the only source of employment in this bleak former iron and steel manufacturing region, the workers daren't protest. Until a strike breaks out, and there's a fire at the factory. But is it an accident? The Pondange factory is at the centre of a strategic battle being played out in Paris, Brussels and Asia for the takeover of the ailing state-owned electronic giant, Thomson. Unexpectedly, the Matra-Daewoo alliance wins the bid. Rival contender Alcatel believes there's foul play involved and brings in the big guns led by its head of security service. Intrepid private cop Charles Montoya is called to Lorraine to investigate, and explosive revelations follow - dirty tricks, blackmail and murder.

Buchbeschreibung Paperback. Zustand: New. Language: English. Brand new Book. When a cathode ray tube factory in a small French town is hit first by a strike and then by a suspicious fire, the battle for the takeover of the plant's beleaguered parent company heats up. The Lorraine factory is at the center of a strategic battle being played out in Paris, Brussels, and Asia for the takeover of the ailing state-owned electronics giant Thomson. Accusations of foul play fly, and rival contender Alcatel calls in its intrepid head of security Charles Montoya to investigate. He soon uncovers explosive revelations and a trail of murders, dirty tricks, blackmail, and corporate malfeasance. Bestandsnummer des Verkäufers ABS9781905147618