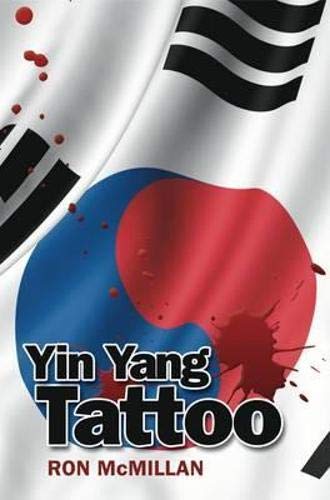 Perhaps the best part of the novel is McMillan s ability to paint Seoul in such a vivid way that he makes everything tangible. The sights, the smells and the tastes are all laid out for the reader so that they seem completely real. Then add McMillan s great appreciation for both the good and shadier aspects of Korean culture. The book s ingredients create a delicious literary dish that is not for those who are overly PC and want a main character that is holier than thou because Brodie is morally flawed. But it s his flaws which make him real and more human. --Groove Korea magazine

McMillan, a Scots photo-journalist who has spent a large part of his life based in the Far East and who still lives part of the year in Bangkok, has produced the kind of hard-boiled thriller that would normally have attracted the attention of big publishers looking for the next Len Deighton. Perhaps because McMillan s prose style is a little more demanding than that, they ve been reluctant to take a risk but they might just have missed a trick here. Photojournalist Alec Brodie, is on his uppers in London. He accepts a job offer from the President of Korean-based firm K-N Group to take commercial photographs for a new project. I was surprised the world-weary Brodie didn t smell a rat with this one as the stench was almost overpowering, but perhaps his history with the country and the women he was once involved with there, have been enough to reel him in. An unusual setting with an authentic feel makes for a superior thriller. --Scottish Review of Books

'McMillan s eye for detail, whether aboard a transcontinental flight or in a Seoul blues club, weaves a rich background on which increasing layers of intrigue develop.' --Bangkok Post Magazine

Alec Brodie kicked around South Korea for years, making his name as a photojournalist but blowing his money the moment he got his hands on it. A decade later, in London, just as the creditors are closing in a fat commercial assignment arrives from the K-N Group in Korea. In Seoul he bumps into his old lover, Jung-hwa, now married to one of K-N's senior executives. Brodie finds Seoul's low life as congenial as ever, not least the beautiful hooker, Miss Hong. About the time he discovers he is part of an enormous corporate scam he receives a ghoulish package. Miss Hong has been murdered, Brodie is the prime suspect, and in Korea the maximum penalty for murder is death. With the police on his tail his only hope is to go after K-N's senior management. There's no easy way out and still his relationship with Jung-hwa to be resolved. Brodie is on the run, alone in a strange land but perhaps not completely alone.