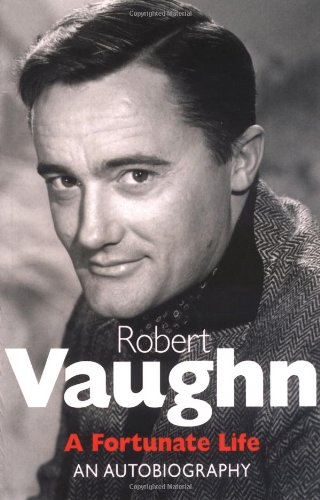 At the height of his television fame on The Man From UNCLE, Robert Vaughn was one of Hollywood’s most eligible bachelors, with countless adoring female fans. His affairs with famous celebrities, including Natalie Wood, made front-page news. But Vaughn is not just a handsome face, – he is a talented stage, television and film actor with strong political convictions and literary interests.

In this fascinating biography Vaughn recounts his memories of a golden era in Hollywood and the highs and lows of life as a successful actor, from hot dates with starlets, to having an FBI file because of his anti-Vietnam stance, to being caught up in the Russian invasion of Prague in 1968 while filming.

Most recently, Vaughn has been working on his TV series, Hustle, airing in January 2009. This is his revealing and captivating story

Robert Vaughn is an Emmy-winning actor who has portrayed five US Presidents and currently stars in Hustle on BBC 1. He has appeared in many films, including The Magnificent Seven, Bullitt and The Towering Inferno, and several classic TV series, including The Protectors and The Man From UNCLE.