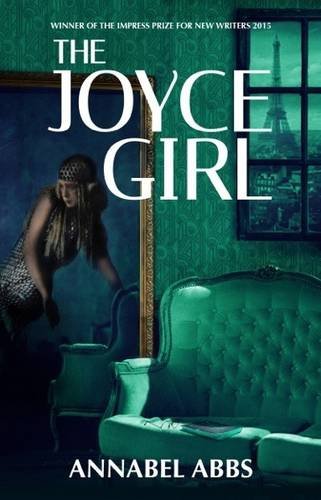 This is a hugely impressive debut. Annabel Abbs has brought to life an extraordinary cast of characters - Joyce, Beckett et al - and painted their rackety, bohemian world in vivid technicolour. (Lisa O'Kelly, Literary Editor, The Observer) Here is a powerful portrait of a young woman yearning to be an artist, whose passion for life - and rage at being unable to fulfil her talent - burns from the pages. (Anita Sethi, The Observer) The best 20th-century fiction of the year (Historical Novel Society) Abbs handles the parabola of this real life story with tremendous assurance. (Tim Blackburn, The Guardian) Here is Lucia Joyce, vibrant, passionate and alive, telling her own story. Profoundly moved by Lucia's tragic life, Annabel Abbs has crafted a moving tale of thwarted ambition and personal tragedy. (Mary Talbot, author of the Costa Biography Award 2012 winner Dotter of Her Father's Eyes) A captivating debut about love, creativity, and living in the shadow of genius (Louisa Treger, author of The Lodger) Abbs has found a gripping and little-known story at the heart of one of the 20th century's most astonishing creative moments, researched it deeply, and brought the extraordinary Joyce family and their circle in 1920s Paris to richly-imagined life. (Emma Darwin, author of Sunday Times bestseller A Secret Alchemy, and The Mathematics of Love) The Joyce Girl is ambitious, insightful and fascinating on so many levels. A stunning insight into some great literary minds. (Susan Heads, The Booktrail) A cohesive and compelling account of Lucia's life (Natalie Xenos, Culture Fly) One of those hidden gems of a novel... both sad and enthralling (Judith Griffith, Nudge Books) Abbs brings the world of avant-garde Paris to life. (Viva Lewes) It is difficult to believe that this is a debut novel for Abbs... she brings alive an extraordinary cast of characters and recreates the sense of the bohemian world of Paris in the 1920's with great vividness. (TripFiction)

Annabel Abbs grew up in Bristol, Wales and Sussex, before studying English Literature at the University of East Anglia. Her debut novel, 'The Joyce Girl', won the 2015 Impress Prize and was longlisted for the 2015 Bath Novel Award and the 2015 Caledonia Novel Award. Her short stories have been long and shortlisted for various awards. She is now completing her second novel, based on the life of Frieda von Richthofen, wife and muse to D.H. Lawrence.Before she began writing she spent 15 years running a marketing consultancy where her clients included Reuters, Sony and the FT. She lives in London and Sussex with her husband and four children.