Verwandte Artikel zu The Archetype and the Psyche: Volume 2 (Healing the...

Lilley, David The Archetype and the Psyche: Volume 2 (Healing the Soul)

The Archetype and the Psyche: Volume 2 (Healing the Soul) 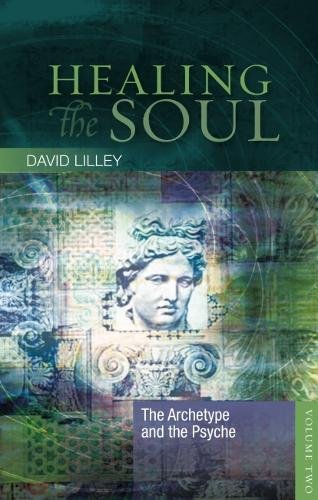 Healing is inseparable from the spiritual path the soul traverses on its hero's journey towards individuation or Self-realisation. The journey is fraught with difficulties, challenges and obstacles. The cunning opponent that confronts the soul along the way and hinders its progress is the ego-self, a pseudo-being created from lack of basic trust in life and in self. Fashioned from frailty, the ego-self, insinuating into consciousness, assumes the soul's identity and usurps the throne of the psyche. Born of delusion, the ego-self warps the soul's view of reality. The ego-self is implicit in all wrong thinking, wrong feeling and wrong acting; it is the disease from which the soul suffers. Disease of the soul becomes disease of the mind and body: the vehicles of the soul. The psyche is the field of disease contention; both traveller and guide need to be familiar with this mysterious terrain and the forces arrayed there. The soul's adversary, the ego-self, is an archetype drawn by affinity from the timeless archives of human behaviour: a unique energy field that mantles and perturbs the life of the soul, distancing the sacred feminine (Yin) and masculine (Yang) principles within the psyche, creating the disease dynamic that disarms the soul and enthrones the imposter ego-self. Homeopathy is archetypal medicine, able to summon, from the forces of Nature, the archetype vested through similarity with the very attributes necessary to overcome the errant ego-self. Acting at the level of the psyche, homeopathy frees the soul of the legacy of the past, reunites Yin and Yang and restores the soul's sovereignty. In Healing the Soul volume two, David escorts his reader into the mystical and mythical world of the psyche and the deep unconscious: the realm of the archetype and the hero soul! Here, he also invokes and profiles the shades of certain historic archetypes: Isaac Newton, Mary Cotton and Harold Shipman.

David Lilley, a medical doctor and homeopath was born in Leeds, England, in 1940. After emigrating to South Africa, David studied medicine at the University of Pretoria, qualifying in 1962. He studied homeopathy at the Royal London Homeopathic Hospital and became a member of the British Faculty in 1965. He subsequently studied osteopathy at the London College of Osteopathy. In 1995, he established the South African Faculty of Homeopathy, training medical doctors in the art and science of homeopathy. He was Dean of the SA Faculty from 1995 to 2012. In 2007, he retired from his Pretoria practice and moved to Cape Town in order to devote himself to writing, teaching and conducting a small homeopathic practice.

1. The Archetype and the Psyche: Volume 2 (Healing the Soul)