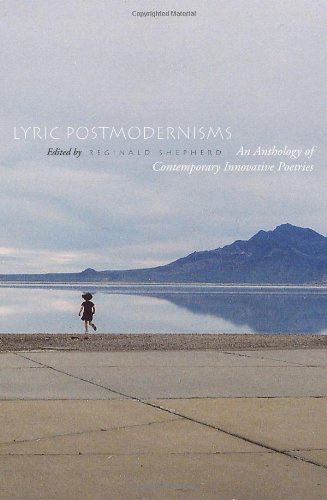 Poetry. LYRIC POSTMODERNISMS gathers many well established poets whose work transcends the boundaries between traditional lyric and avant-garde experimentation. Some have been publishing since the 1960s, some have emerged more recently, but all have been influential on newer generations of American poets. Many of these poets are usually not thought of together, being considered as members of different poetic "camps," but they nonetheless participate in a common project of expanding the boundaries of what can be said and done in poetry. This anthology sheds new light on their work, creating a new constellation of contemporary American poetry. This collection provides an opportunity for readers to get to know the work of many writers who may not have received the attention their work and its impact on newer writers deserve. Unlike many anthologies that offer only snippets of writers' work, it contains substantial selections from each poet. Uniquely, it also includes aesthetic statements from each author, which can offer an entryway for readers unfamiliar with the work.