The Master's Plan: A Novel About Purpose: Volume 1 (9999 Miracle Circle) 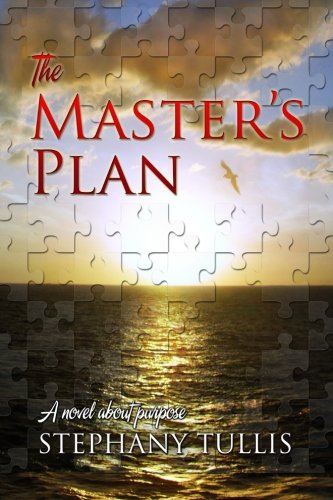 The Master's Plan is a realistic but warm and inspirational story of a woman’s struggle to find her purpose in life. The story is written with a touch of humor and a solid backdrop of both public service and church 'politics'! Snappy dialogue, interesting yet realistic plot twists, and strong likable characters who have an opinion about everything make this a fun to read and thought-provoking novel. Selena Beatrice Jones, aka ‘SB’ to her friends, is married to Pastor Woodruff T. Jones, pastor of Mt. Sinai Missionary Baptist Church, Smoothville, Georgia and still sometimes struggles with her status as the good Pastor’s second wife and the daily challenges it brings...with his family and his church of 25 years. But after recently celebrating her 50th birthday, Selena thinks she's got it 'going on' and is excited about God's plans to use her to move Mt. Sinai into the 21st century via The Master's Plan. In her excitement to fulfill her purpose, Selena doesn't realize that when Commissioner Reginald Thompson II, aspiring political candidate, agrees to buy into her Master’s Plan, he does so because he has his own 'master plan'. One designed to get him into the State Legislature! Selena is on a mission to fulfill her God given purpose on earth, confident that her steps are ordered by the Lord! Reginald is just as confident that his master plan will get him into office and that Selena B. Jones is the lady who can help get him there. While the Commissioner’s staff struggle to convince him of the importance of adhering to the often painful and seemingly unnecessary bureaucratic details associated with federal funding of faith based programs, Selena attempts to garner the critically needed backing of church family, community and friends for the Plan. Suddenly her husband disappears! The Plan takes on a life of its own and without the good Pastor’s approval. Selena's hands are full as she struggles to understand Woody's sudden and highly suspect disappearance while defending both his reputation and position as Pastor of Mt. Sinai to a disgruntled and sometimes hostile committee of church elders. The Commissioner’s flagrant reliance on his charm, good looks and ‘massage the truth’ tactics to accomplish his mission causes his chief strategist, Shawn Mallory, to challenge the integrity of the plan. Deciding that his boss has finally crossed the line, Mallory jumps ship just as the master plan project is launched. Unusual and atypical relationships form between government and church officials; old and new friends; and past and present family making this a ‘must read’ for everyone struggling to find purpose!

Stephany's life changed dramatically in the fall of 2008. The professional contract and business writer was unable to find the senior manager job she expected to easily find after her relocation to Atlanta, Georgia. The move was for family reasons and a little sooner than expected but was a part of her personal life plan. Refusing to succumb to the heavy disappointment of not advancing her career in a city with such promise, Stephany struggled to understand purpose behind sudden and unexpected life changes. When her oldest son asked, 'why don't you just write a book? Do what you love to do?', after a few weeks of thought, she decided to give it a shot. She loves to write and realized that one of the reasons she succeeded as a proposal writer was because of her ability to 'create programs and program designs' ---so effectively that they were loved by her business clients and convincingly presented to and funded by grant sources! From inception to publication, Stephany worked for four years on her first novel, The Master's Plan, A Novel About Purpose. When thinking about how much she continually enjoys reading her debut novel, she writes, "I still laugh at all my favorite chapters and have yet to decide who is my favorite or least liked character. It's amazing! I was able to spin a tail around two frameworks that have had a major influence on my life: church and government politics. In writing The Master Plan, I was reminded of what a blessed life I have had and that despite what appeared to be very dismal circumstances, I was able to use my creativity and love of writing in a different way. Truly, I can see and believe, it was all part of a master plan." Stephany Tullis graduated from Russell Sage College with a Masters in Public Service Administration. She is the recipient of several leadership and career related rewards. She continues to consult for not for profits and lives in Georgia with her family. Her second novel 48 Hours Til Christmas is scheduled for release November 2014.

Gebraucht kaufen
Zustand: Befriedigend
A copy that has been read, but... Mehr zu diesem Angebot erfahren

1. The Master's Plan : A Novel about Purpose

Buchbeschreibung Wise Media Group. Paperback. Zustand: Good. A copy that has been read, but remains in clean condition. All pages are intact, and the cover is intact. The spine may show signs of wear. Pages can include limited notes and highlighting, and the copy can include previous owner inscriptions. At ThriftBooks, our motto is: Read More, Spend Less. Bestandsnummer des Verkäufers G1935689916I3N00

2. The Master's Plan : A Novel about Purpose

Buchbeschreibung Wise Media Group. Paperback. Zustand: Fair. A readable copy. All pages are intact, and the cover is intact. Pages can include considerable notes-in pen or highlighter-but the notes cannot obscure the text. At ThriftBooks, our motto is: Read More, Spend Less. Bestandsnummer des Verkäufers G1935689916I5N00

Buchbeschreibung Diamond TK Publishing, 2013. Zustand: Good. A+ Customer service! Satisfaction Guaranteed! Book is in Used-Good condition. Pages and cover are clean and intact. Used items may not include supplementary materials such as CDs or access codes. May show signs of minor shelf wear and contain limited notes and highlighting. Bestandsnummer des Verkäufers 1935689916-2-4