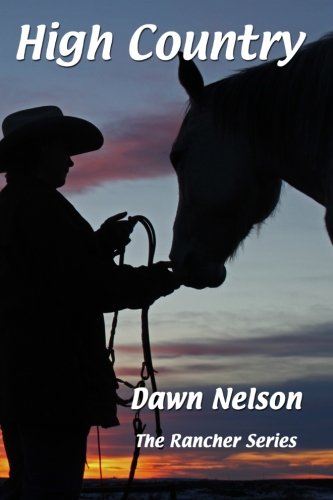 The final installment of The Rancher Series Rough and tough Piper Owens, or Pepper, as everyone calls her, is used to long days in the saddle and living in a man’s world when she is not running from her past. She has less than one month left until she can legitimately claim her father’s estate and turn the cards on her relatives who want her dead – if only she can stay alive until then. Cactus McKinnon is a local rancher who wants nothing more than to get through the holiday season, his family reunion, and calving season with as little complications as possible. An attack and a request from the town sheriff now has Cactus giving shelter to the wildest and prettiest woman he has ever seen in his life who appears to always be on the verge of running. Can they trust each other and work together as a shattered past full of secrets comes rushing to the present or will blood flow freely in the high country?

Dawn Nelson is a true cowgirl. She was born and raised on a cattle ranch in Northeastern Washington State. Married to a cattle rancher, she now calls Creston, Washington her home. Dawn, her husband, and their daughter, Laren, own and operate a large cattle ranch in Central Washington. Dawn enjoys showing her registered cattle, riding horses, camping, hunting, and other outdoor activities. She also volunteers a lot of her time to 4-H and is actively involved in her county Cattlemen’s Association.