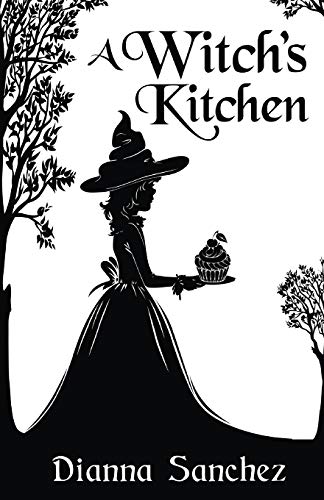 In this debut novel, Sanchez brilliantly ties together the transformative powers of cooking and magic. The descriptions of Millie's kitchen creations, intentional and accidental, will have readers' mouths watering. VERDICT A great addition to any children's collection, this well-written fantasy will appeal to fans of Gail Carson Levine's Ella Enchanted and Rick Riordan's "Percy Jackson" series. - School Library Journal Millie discovers that her gift for food runs far deeper than she suspected, and its uses go way beyond making tempting treats for her friends. Her cooking might even be the key to discovering her own past, including the whereabouts of her father. Sanchez offers a cast of magical, diverse young characters. - Kirkus Reviews

Millie's a witch, so why can't she do magic?

Despite her mother’s best efforts to teach her, every spell Millie tries goes horribly wrong, but she’s a fabulous cook.

When Millie conjures chocolate sauce instead of a transformation potion, her mother gives up and sends her to the Enchanted Forest School, where she’s bullied by goblins, snubbed by an elf, and has her witch's hat stolen.

Even as Millie’s magical talent begins to develop, turning her house ghost into a frog and accidentally charming her entire class, Millie starts to wonder: what if she’s not a witch at all?

Don't miss this delicious fantasy - magic, chocolate & friendship are on the menu!

A Witch’s Kitchen is a delightful 248-page middle grade novel for fans of the Land of Stories, The Worst Witch, Dorrie and Poppy Pendle!