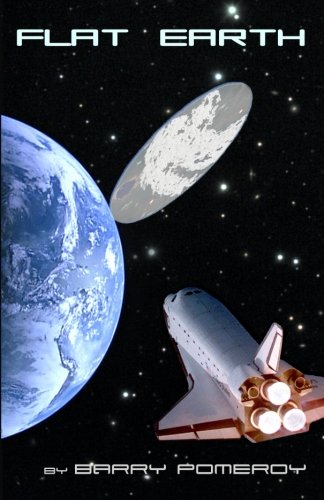 When a meteor tears a strip hundreds of miles wide from eastern seaboard of the United States only to leave an impossibly incomplete alien artifact, the world is in an uproar. That does not help the hundreds of missing people or explain the sudden influx of strangers who have suddenly appeared near the crater, however. In Flat Earth we follow the adventures of Frank and his daughter Amy, Donna, a housewife prone to anxiety, two shuttle pilots whose shuttle is absorbed by what seems to be alien technology, and numerous others who try to contact Earth from their new location on the side-swiping planetoid on its way back out into space. Join the adventure as Earth struggles to come to terms with alien technology and, if they but knew it, the aliens who have taken up residence on Earth and whose technology is slowly changing both the planet and its inhabitants.

Barry Pomeroy is the author of several novels and almost as many collections of short stories. He received his PhD. from the University of Manitoba in 2000 although he refuses to let that be a limitation. He is an itinerant English professor, boat designer and builder, traveller, carver, sometimes mechanic, carpenter, and web designer. As a writer he is responsible for the novel Naked in the Road and the scandalous short story collection The Bloody History of the Fertile Crescent.