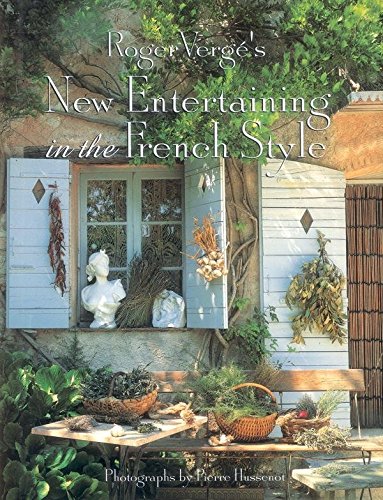 A leading chef of contemporary French cuisine who ran the three-Michelin-star Moulin des Mougins for decades before helping to open the first French Pavilion at Epcot Center explains the art of French hosting, demonstrating how to add Provence-inspired color and sophistication to the table.

Roger Vergé was a renowned French chef and restaurateur. Born in 1930 in Commentry, Allier, France, he was known as a pioneer of nouvelle cuisine, which focused on fresh, local ingredients. He was taught to cook by his mother and aunt, and began working under Alexis Chanier at Le Bourbonnais at age 17. In 1969, he opened the Moulin de Mougins, a restaurant that became one of the most prominent in France and served as a training ground for future culinary stars such as Alain Ducasse, Daniel Boulud, and David Bouley. Vergé retired from cooking in 2003, after opening three more restaurants; Les Chefs de France, Le Bistro de Paris, and Medi. He died in 2015.

Pierre Hussenot is a Paris, France-based photographer whose photographs have appeared in Roger Verge's New Entertaining in the French Style; The Mediterranean Diet Cookbook: Recipes from the Island of Crete for Vitality, Health, and Longevity; Le Gout De L'Espagne; and more. In 2000, he co-founded the culinary photography agency, Sucré Salé, with fellow photographer, Pierre Cabannes.