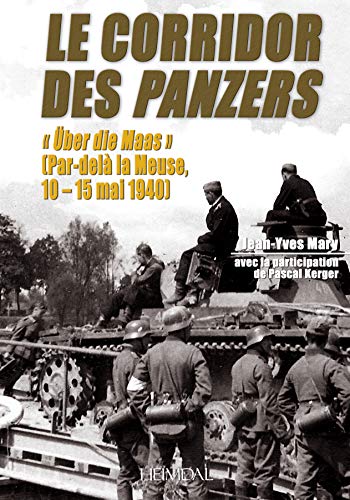 A large book, of around 460 pages, this is a French language publication though absolutely packed with period photos from both national and private collections. The bulk of these I had not seen before. * www.militarymodelling.com *

* The ultimate illustrated history of the Battle for France Jean-Yves Mary brings new insight into the German campaign to breach the Ardennes, chronicling day by day, almost hour by hour, the advance of the German units against the Ninth and Second French Armies during the six days that would seal the fate of the nation. The battle consisted of two main operations. In the first, Fall Gelb (Case Yellow), elaborated by the famous General Erich von Manstein, German armoured units pushed through the Ardennes, to cut off and surround the Allied units that had advanced into Belgium. In the second operation, Fall Rot (Case Red), executed from 5 June, German forces outflanked the Maginot Line to attack the greater French territory. France fell in less than a month. Much of the British army and a large part of the Polish army was able to escape in a series of evacuations and the French Republic collapsed to be replaced by a French State, a loyal partner of the Axis for the rest of the war. This first volume presents the operations from 8-15 May, 1940. More than 1,000 photographs, the majority published here for the first time, pay witness to the drama that unfolded during these tragic days. French Language

Buchbeschreibung Hardcover. Zustand: Very Good. Item is in very good condition. If supplemental codes/CDs for textbooks are required please contact us prior to purchasing as they may be missing. Photos are stock pictures and not of the actual item. Bestandsnummer des Verkäufers DS-2840482703-2