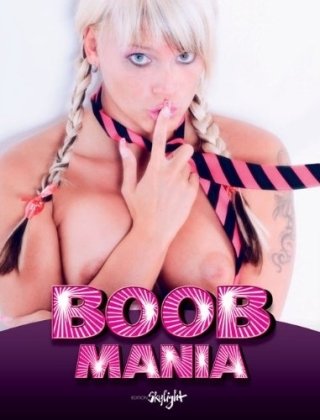 "Driven by his creativity and thirst for perfection, the idea for a picture often initially evolves in his head. Then, priority is given to the erotic presentation of powerfullooking women. Striking locations, bizzare rock formations, beaches or endless roads are the inspirational backgrounds to his dazzling array of female landscapes. His photos are characterized by the interplay of cool eroticism and glamourous sensuality. Karl Louis ensures the personality of the model matches that of the location, and this often inspires not just good single shots, but an entire series that tell their own story. Karl Louis clearly admires and respects the female, and these values inform his work as a creative artist." --Natalie Sohngen, model and photographer

The title of this lavish volume says it all. In other words, that beautiful breasts can become a real mania, a minor but fully deserved addiction. When he was playing a female character, what was it the actor and comic Robin Williams said? "If I actually were a woman, I would be fooling around with my breasts all day long." Who would begrudge him this erotic fantasy? We are actually extremely fortunate that quite a few of these magnificently buxom women are still around, possessed as they are of two irresistible arguments. Given today's anorexic models, still seen by the fashion industry as the measure of all things (and have been since Twiggy), they should not be taken for granted. Among the fabulously well-upholstered women in the pages of this bumper 400-page collection, you won't find many in current fashion magazines. All the more surprising and gratifying, then, to discover that there are still well-known and even famous photographers who are more than happy to get back to the roots of unalloyed joy. This certainly applies to the approximately 40 international photographers included here, whose unique images boast some pretty impressive vital statistics.