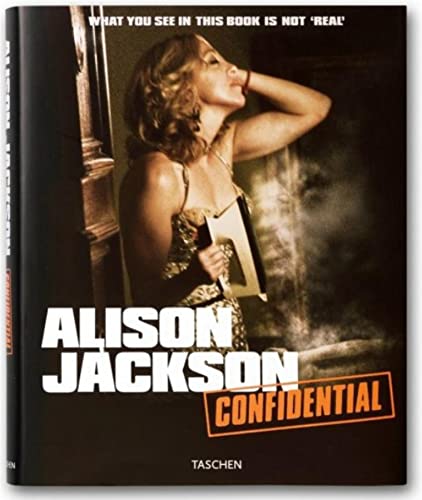 Alison Jackson has photographed the Queen of England on the toilet, George Bush and Tony Blair chatting in the sauna, Mick Jagger doing gymnastics, and Monica Lewinsky lighting Bill Clinton's cigar. Or has she? The likenesses are uncanny, but of course, her subjects are look-alikes. Her photos demonstrate that while seeing is believing, the truth is another story entirely. In her work, Jackson says, "Likeness becomes real and fantasy touches on the believable. The viewer is suspended in disbelief. I try to highlight the psychological relationship between what we see and what we imagine. This is bound up in our need to look - our voyeurism - and our need to believe." Indeed, by showing "celebrities" ostensibly caught unawares, Jackson's pictures show us what we imagine might go on behind closed doors. Her work has caused controversy, not least because it treads in a very gray area between parody and realism by seeming to break down the carefully fortified private lives of public figures. For this edition, Jackson has been commissioned to shoot a broad selection of new portraits of dead-ringers for Brad Pitt and Angelina Jolie, George Bush, J Lo, Eminem, Britney Spears, Jude Law, Nicole Kidman, Tom Cruise, and many more. Expect the unexpected!

After studying fine art photography at London's Royal College of Art, Alison Jackson shocked the world with her award-winning BBC TV series, "Double Take." She has exhibited her artwork in contemporary art galleries and museums throughout Europe and North America, and also works in the medium of mass communication, via films, advertising, television, and books.