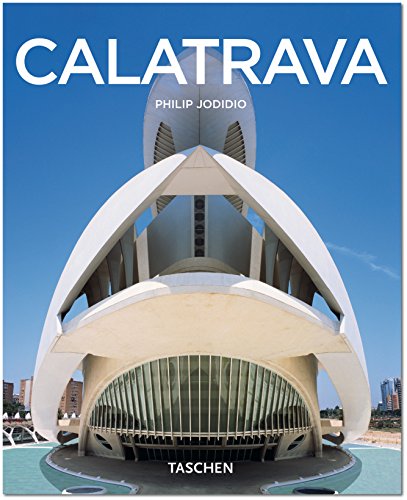 Santiago Calatrava is not only one of the world's most prominent architects, but is also an engineer, sculptor, and painter. His reputation as an unparalleled architectural engineer was cemented with his numerous bridges for cities around the world. With recent projects such as the stadium for the 2004 Athens Olympic Games and the new railway station in Liege, Belgium, he has unarguably made his name in Europe and continues to look further ahead. His work is closely related to his own drawings of the human body, and to his sculptures of geometric forms, inspired by the dynamics of movement and tension. Winner of the 2005 American Institute of Architects Gold Medal and the only architect ever to have his work exhibited at both the Museum of Modern Art and the Metropolitan Museum of Art in New York, Calatrava is one of today's greatest and most innovative architects. This book provides an introduction to and overview of his work to date. Every book in "Taschen's Basic Architecture" series features: approximately 120 images, including photographs, sketches, drawings, and floor plans; introductory essays exploring the architect's life and work, touching on family and background as well as collaborations with other architects; the most important works presented in chronological order, with descriptions of client and/or architect wishes as well as construction problems and resolutions; and an appendix including a list of complete or selected works, biography, bibliography and a map indicating the locations of the architect's most famous buildings.