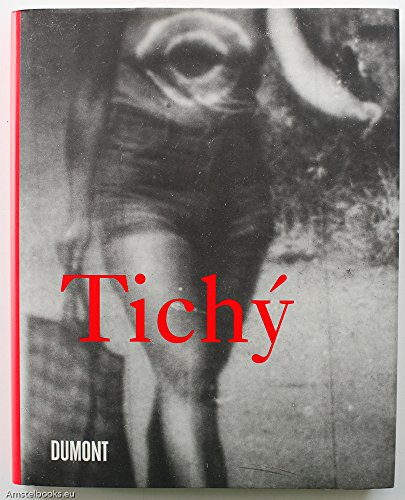 Buchbeschreibung DuMont Literatur und Kunst Verlag, Köln (Cologne), 2005. Hardcover. Zustand: New. 1st Edition. First edition, first printing. Hardcover. Photographically illustrated paper-covered boards; no dust jacket as issued. Photographs by Miroslav Tichy. Essays (in German) by Tobia Bezzola and Roman Buxbaum. Foreword (in German) by Christoph Becker. Includes a biography and a list of plates. Designed by Neil Holt, Köln. 172 pp., with 106 four-color plates and additional black-and-white illustrations. 11 x 9 inches. Published on the occasion of a 2005 exhibition at Kunsthaus Zürich. New in publisher's shrink-wrap. A flawless Mint copy. From Kunsthaus Zürich: "With cameras that he himself skillfully and imaginatively cobbled together from old tins, spectacle lenses, toilet rolls and cigarette boxes, in the 1970s and 80s Miroslav Tichy took over a hundred shots a day of women in his small hometown in Moravia.The results of those forays are shots of women at the market, in the swimming pool, at work, in pubs, in the streets and public squares.The shots are taken using cameras without viewfinders, and Tichy systematically ignores the principles of skilled photography, which insists on the fine-tuning of the relationship of the gaze and the world, the gaze through the viewfinder and the gaze of the cold glass eye of the camera. Instead Tichy largely shifts the processes of considered creativity into the darkroom and post-production. The contact sheets show how he lets chance guide his perambulations, in the first instance simply collecting vast amounts of material. It is only when he is working with the enlarger that images are selected and details tested out.Yet even these enlargements are still only raw materials, and it is only the images that receive full approval that make the grade: with hand-done, drawn additions to the picture surface and a purpose-made, individually cut and painted cardboard passepartout. Breaking all the rules of technical correctness, intentionally revealing photochemical processes, using the most primitive of equipment, expressively retouching images, working and reworking the surfaces of the prints manually, mechanically or with pen and pencil -- all these are reminiscent of the experimental methods developed by artists in the last three decades to reclaim or to rediscover for themselves the expressive content of a technology that seemed to have been rendered sterile. By the same token, Tichy's work is about much more than just snapping images: motifs and compositions reflect each other in a now melancholic, now ironic interplay of mimesis and self-referentiality.". Bestandsnummer des Verkäufers 105292