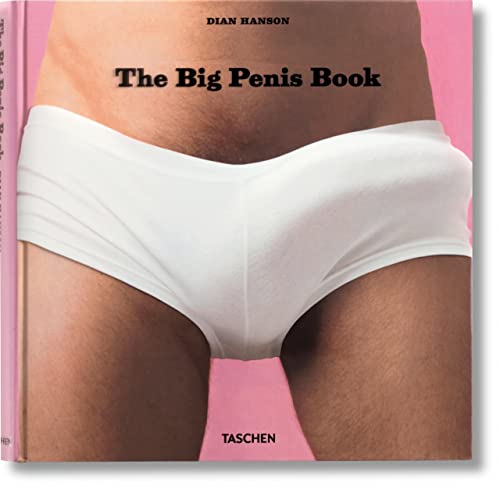 Undressed to impress. When it comes to pleasure, size doesn't matter, as we all know it's quality, not quantity, that counts. But let's admit it: a big penis is undeniably compelling. Big shoulders, big lapels, and big hair may come and go, but the big penis never goes out of fashion. With those possessing more than 8 inches (20 cm) making up less than 2 per cent of the world's population, this rare accessory will always fascinate (a word, coincidentally, derived from the Latin fascinum, meaning both phallus and magical spirit).In this companion volume to "The Big Book of Breasts", we explore the centuries-old fascination with the large phallus, a fascination common to men and women alike. This hefty book is profusely illustrated with over 400 historic photos of spectacular male endowments, including rare photos of the legendary John Holmes. The majority of the photographs are from the 1970s, when the sexual revolution first freed photographers to depict the male entirely nude. Photographers include Bob Mizer of Athletic Model Guild, David Hurles of Old Reliable, Colt, Falcon, Sierra Domino, Third World, and Champion Studios, with each of these iconic photographers interviewed or profiled, along with information about each of their models. And if this isn't enough, the book closes with a special surprise comparable to the Guinness Book of Records' - Norma Stitz featured in "The Big Book of Breasts"!

Dian Hanson produced a variety of men's magazines from 1976 to 2001, including Juggs, Outlaw Biker and Leg Show, before becoming TASCHEN's Sexy Book editor. Her 60+ books for TASCHEN include The Art of Pin-up and Psychedelic Sex. She lives in Los Angeles.