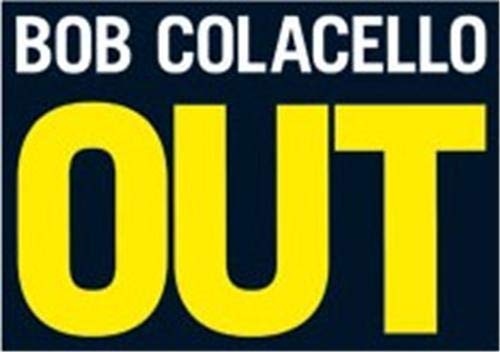 Out documents a social era that seems so close and yet so far away: that wild, glamorous, disco-and-drugs-driven decade between the end of the Vietnam war and the advent of AIDS, when every night was a party night and such distinctions as uptown and downtown, gay and straight, black and white were momentarily cast aside. As the editor of Andy Warhols Interview from 1971 to 1983, Bob Colacello was perfectly placed to record the scene, which he did in his monthly Out column, a diary of the frenetic social life that took him from art openings to movie premieres, from cocktail parties to dinner parties, from charity balls to after-hours clubs, often all in the course of a single evening. Although Colacello started writing his column in 1973, it didnt occur to him to take his own pictures for it until two years later, when the Swiss art dealer Thomas Ammann gave him one of the first miniature 35-mm cameras to come on the market, a black plastic Minox small enough to hide in his jacket pocket. With their skewed angles, multilayered compositions, and arbitrary lighting effects, Colacellos pictures have an immediacy, a veracity, and an aesthetic not often found in the work of professional party photographers. He wasnt standing at the door pairing up celebrities and telling them to smile; he was in the middle of the action an accidental photographer, he likes to say, catching his subjects off-guard.