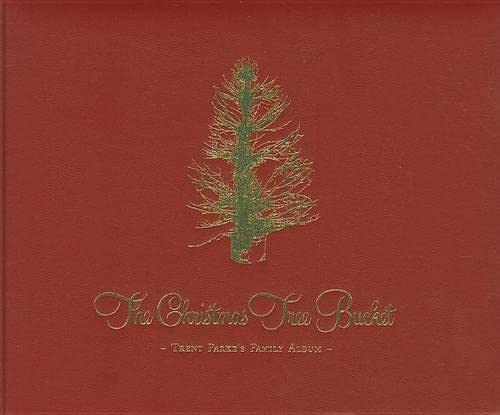 “’Twas the night before Christmas, when all through the house, Not a creature was stirring, not even a mouse...” The Christmas Tree Bucket is a modern-day Christmas story with a dark edge. A wordless narrative, Parke’s story is an ironic take on the typical Australian suburban Christmas. He photographs friends and family, and casts them in a twisted tale that merges fact and fiction. The viewer is left to make imaginative sense of images of barbeques, screaming children, a burning gingerbread house, and even the photographer himself vomiting into the infamous Christmas Tree Bucket. Says Parke: “It was there―while staring into that bright red bucket, vomiting every hour on the hour for fifteen hours straight―that I started to think how strange families, suburbia, life, vomit and in particular, Christmas really was...” Merry Christmas! Trent Parke, born in Newcastle, Australia, in 1971, joined Magnum Photos in 2002 and has been a full member since 2007. Parke has exhibited internationally and has received numerous awards including World Press Photo Awards in 1999, 2000, 2001 and 2005, and the W. Eugene Smith Grant in Humanistic Photography in 2003. His publications include Dream / Life (1999), The Seventh Wave with Narelle Autio (2000), Bedknobs & Broomsticks (2010), and the highly anticipated Minutes to Midnight, also to be published this season by Steidl.