Verwandte Artikel zu Film & Light: The History of Filmlighting is the... 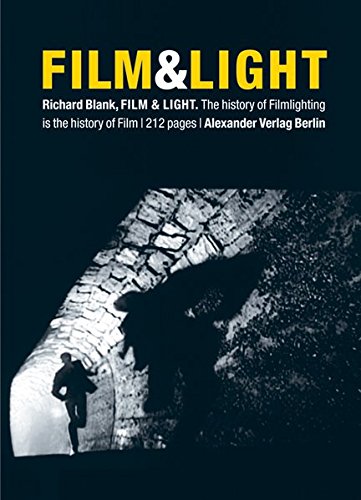 FILM & LIGHT ... A comprehensive history of film lighting, from its earliest origins to the heyday of Hollywood dominance – and beyond.This is a book about the art of lighting, “the relevance of pictures, and the responsibility of all those who take pictures of the world and show them”. In an age of constant digital snapshots, with their mercilessly artless recording of everything around us, the award-winning director and scriptwriter Richard Blank makes a compelling case for this increasingly neglected art, and for sustaining “the awareness of its responsibility”. In Film & Light, Richard Blank draws on examples from a century of pioneering filmmakers – from Griffith to Buñuel, Ophüls to Altman, Rossellini to Scorsese, Eisenstein to Wong Kar-Wai – to trace the historical development of lighting technology, analyse the changing “rules” and techniques of film lighting, and define the key terms surrounding the technical innovations of its art. The close attention he brings to bear on these modern masters – from DeMille to De Sica to Lars von Trier, Niblo to Murnau to Siodmark, via Maurice Tourneur and Fritz Lang, Charlie Chaplin and Orson Welles – brilliantly illuminates the hidden art of these past masters, as well as the troubled social context by which they each variously came to shine. ... FILM IS LIGHT “As an alternative to the usual textbooks, Blank’s impassioned plea for the perception of film lighting is also a precise introduction to film.” – Deutschlandradio Kultur Richard Blank is an award-winning writer and director for television and cinema. His movie Prinzenbad was the only German entry at the Venice Film Festival in 1994.

Richard Blank (*1939) studied Philosophy in Cologne, Vienna and Munich. He wrote radio plays, published several books (amongst others: Sprache und Dramaturgie, Jenseits der Brücke – Bernhard Wicki, ein Leben für den Film) and made documentaries for tele­vi­sion. Since 1978 he has been writing and directing movies for television and cinema. His movie Prinzenbad, in which Bernard Wicki played his last major role, was the only German entry at the Venice Film Festival in 1994.

Buchbeschreibung Alexander Verlag, 2012. Kartoniert / Broschiert. Zustand: New. A comprehensive history of film lighting, from its earliest origins to the heyday of Hollywood dominance and beyond.This is a book about the art of lighting, \. Bestandsnummer des Verkõufers 5638372