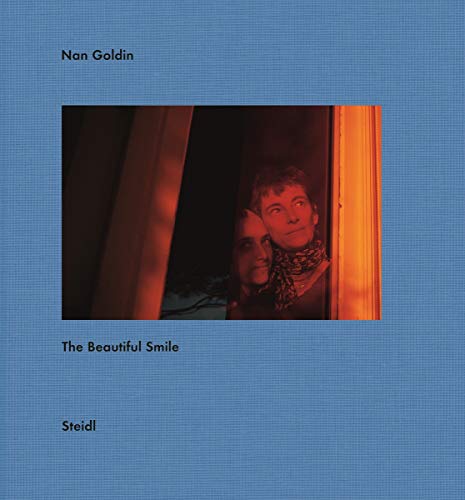 When Nan Goldin looks at the photographs that defined her career, she recites a little prayer to herself: "Send love to each person that's dead...".For 30 years, her subjects have been those closest to her: Transsexuals, cross-dressers, drug users, lovers, all people she befriended when she moved to New York... They lived in what mainstream critics would coldly call the "margins of society," and many died during the AIDS epidemic of the 1980. All of these subjects and more are featured in The Beautiful Smile...--Rena Silverman "The New York Times, Lens Blog "

Nan Goldin's photographs are filled with spirits and ghosts, becoming vestiges of lives lived, loved, and lost. They are evidence of we who once were and no longer are, here today, gone tomorrow -- were it not for her art.--Sara Rosen "Feature Shoot "

Goldin's visual diary contains echoes of moments that come very near to reflecting our own experiences and relationships. Our lives are remarkably similar in how we share joy and pain, desire and death, in equal measures and Goldin shows us our lives through hers, without any censorship--Sunil Shah "American Suburb X "

The Beautiful Smile is a reprint of the out-of-print book originally published on the occasion of Nan Goldin’s Hasselblad Award of 2007. Adopting the direct aesthetics of snapshot photography, Goldin has been documenting her own life and that of her friends for more than forty years. Her intimate and formally beautiful photographs focus on the urban scene in New York and Europe in the 1970s, ’80s and ’90s, a period dramatically marked by HIV and AIDS. Her practice of photography as memoir, as a means of protection against loss and as an act of preservation, as well as her use of the slide show, resonates in the work of photographers of recent generations.

The Beautiful Smile is my favorite book. Nan Goldin