Devi, Mahasweta Mother of 1084 (The Selected Works of Mahasweta Devi)

Mother of 1084 (The Selected Works of Mahasweta Devi) 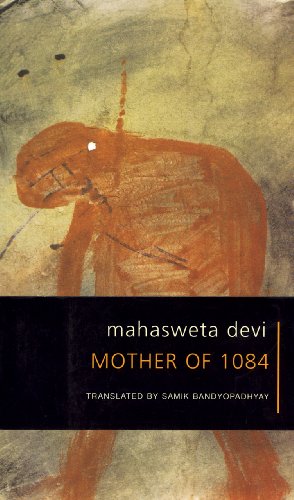 Mahasweta Devi is one of India's foremost literary figures. Mother of 1084 is one of her most widely read works, written during the height of the Naxalite agitation - a militant communist uprising that was brutally repressed by the Indian government and led to the widespread murder of young rebels across Bengal. This novel focuses on the trauma of a mother who awakens one morning to the shattering news that her son is lying dead in the morgue and her struggle to understand his decision to be a Naxalite. Breast Stories is a collection of short fiction about the breast as more than a symbol of beauty, eroticism, or motherhood, but as a harsh ndictment of an exploitative social system and a weapon of resistance. At a time when violence towards women in India has escalated exponentially, Devi exposes the inherently vicious systems in Indian society. Old Women tells the touching, poignant tales of two timeworn women - Dulali, a widow since childhood, who is now an old woman preoccupied only with day-to-day survival, and Andi, who loses her eyesight due to a combination of poverty, societal indifference, and government apathy. All three volumes, written in Devi's hard-hitting yet sensitive prose, are significant milestones in India's feminist literary landscape.

Mahasweta Devi is the author of numerous plays, essays, novels, and short stories, including Bait and Queen of Jhansi, also published by Seagull Books. Samik Bandyopadhyay is a critic, scholar, and translator. Gayatri Chakravorty Spivak is university professor at Columbia University and the author of many books, including Nationalism and the Imagination and Harlem, also published by Seagull Books.

Buchbeschreibung PAPERBACK. Zustand: New. Book Cover and ISBN may be different from US edition but contents as same US Edition. Excellent Quality,Quick delivery by USPS/UPS/FEDEX/DHL/ARAMEX, We may ship the books from Asian regions for inventory purpose. Our courier service is not available at PO BOX. Bestandsnummer des Verkäufers nt_9788170461395