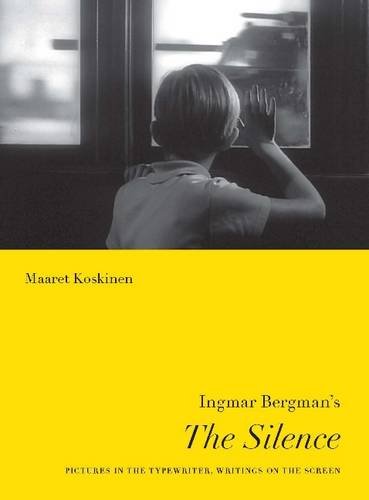 "The Silence(1963) was confronted by a barrage of criticism over its depiction of sexuality upon its release, violating many of the censorship principles of the Swedish and American film boards in the 1960s. Bergmans narrative maps a tale of sexual jealousy and psychological distain between two sisters, one of whom is afflicted by a debilitating illness. Accompanied by the young son of one of the sisters, the estranged family embark on a trip to a fictitious European country on the precipice of war. Bergmans work is discussed in relation to how it established an international barometer for Swedens cultural cinematic canon. Koskinen, however, fosters a dialogue on Bergman that dislocates him and his films from this auteurist lionisation that has come to characterize his oeuvre in its entirety. By forfeiting these often inscribed views projected onto Bergman throughout his career, Koskinen allows for a fresh perspective on his cinema, and particularly the significance of his 1963 production.The Silence, a text often overlooked in favour of the residual Persona(1966). Koskinen synergizes a discussion of The Silence not only in terms of its temporal, socio-political relevance, but as a self-reflexive commentary on censorship itself." - Kate Moffat, Cinema Scandinavia, Spring 2015

This book offers an entryway into the cinematic, cultural, and socio-political issues of its time, but remains a classic. Koskinen, the first scholar given access to Bergman's private papers during the last years of his life, draws a picture of Bergman that challenges the traditional view of him as an auteur, revealing his attempts to overcome his own image as the creator of serious art films by making his work relevant to a new generation. The volume addresses issues of censorship and the cinema of small nations, while shedding new light on the shifting views of Bergman and auteurist film, high art, and popular culture.

2. Ingmar Bergman's The Silence: Pictures in the Typewriter, Writings on the Screen (Paperback)

3. Ingmar Bergman's the Silence : Pictures in the Typewriter, Writings on the Screen