Huebner, Stefan Huebner, S: Pan-Asian Sports and the Emergence of Modern As

Huebner, S: Pan-Asian Sports and the Emergence of Modern As 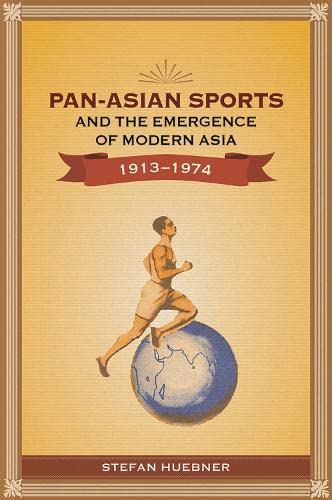 ...provides a powerful model of how sports are a significant marker of modernity...resonates beyond the subject matter to explore new directions in diplomacy and modern East-West relations." - American Historical Review "presents a salient intersection between Asian Studies, sports studies and world history. It not only underlines the significance of sports in the context of decolonisation, nation-building and pan-Asian ideas in Asia; it also reflects the power relations between Asia and the West and the motivation of different stakeholders in politics and sports" - Journal of Southeast Asian Studies "The significance of this splendid book surpasses by far the history of sports. Based on a huge documentation in several languages including Japanese, Stefan Huebner provides a unique history of internationalism and identity formation in twentieth-century Asia." - Jurgen Osterhammel, University of Konstanz

The history of regional sporting events in 20th-century Asia yields insights into Western and Asian perspectives on what defines modern Asia, and can be read as a staging of power relations in Asia and between Asia and the West. The Far Eastern Championship Games began in 1913, and were succeeded after the Pacific War by the Asian Games. Missionary groups and colonial administrations viewed sporting success not only as a triumph of physical strength and endurance but also of moral education and social reform. Sporting competitions were to shape a "new Asian man" and later a "new Asian woman" by promoting internationalism, egalitarianism and economic progress, all serving to direct a "rising" Asia toward modernity. Over time, exactly what constituted a "rising" Asia underwent remarkable changes, ranging from the YMCA's promotion of muscular Christianity, democratization, and the social gospel in the US-colonized Philippines to Iranian visions of recreating the Great Persian Empire. Based on a vast range of archival materials and spanning 60 years and 3 continents, Pan-Asian Sports and the Emergence of Modern Asia shows how pan-Asian sporting events helped shape anti-colonial sentiments, Asian nationalisms, and pan-Asian aspirations in places as diverse as Japan and Iran, and across the span of countries lying between them.

1. Pan-Asian Sports and the Emergence of Modern Asia,

Buchbeschreibung NUS Press, Singapore, 2016. Paperback. Zustand: New. A wide-ranging and well researched history of the transformation of Asian sportsmanship from being promoted as an adjunct to moral education by Christian missionaries into a source of nationalist pride. Huebner starts with The Far Eastern Championship Games in 1913. This is followed by its reincarnation as the Asian Games after World War II. The author then examines how the first seven Asian Games were harnessed by their respective hosts in Nehru's India, Magasaysay's Philippines, a 'Reborn' Japan, Sukarno's Indonesia, Thanarat's Thailand and finally, in 1974, the Shah's Iran. 397 pages with a bibliography and index. Weight: 0.9kg. Post free within Malaysia. Bestandsnummer des Verkõufers AS401