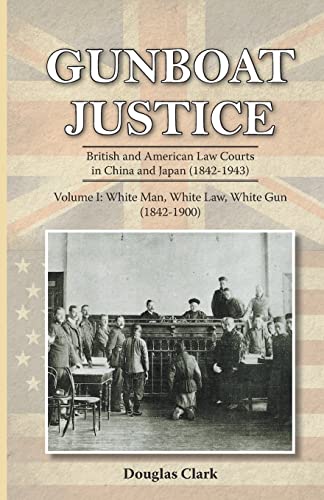 "A pathbreaking study of an important but long neglected topic, this book is a fascinating read and invaluable resource for anyone with an interest in law, empire and history in modern East Asia." --Dani Botsman, author, Punishment and Power in the Making of Modern Japan, and Professor of History, Yale University. "A fascinating account of an extraordinary historical period with a wealth of intriguing characters--and a serious matter at its core." --Jonathan Fenby, author, The Penguin History of Modern China "For the first time, we now have a comprehensive, well-informed and humane account of the people and procedures in the British and American courts of East Asia. Doug Clark's book brings that world to life, and restores it to its place in our histories of the era of the 'unequal treaties.'" --Robert Bickers, author, Empire Made Me and The Scramble for China 1832-1914 "A vital read. Here we find a century of foreign judges, lawyers and consuls attempting to control a city that attracted a legion of adventurers, criminals and sharks like no other in history. Gunboat Justice reveals the intersection of Shanghai's formal administration and its dark underbelly. The most important book on Shanghai's history for several decades." --Paul French, author, Midnight in Peking, winner of the Edgar Allan Poe award for best Fact Crime writing

Foreign gunboats forced China, Japan and Korea to open to the outside world under mid-19th century treaties which included "extraterritoriality", rules forbidding local courts from trying foreigners. Britain and the United States established courts in all three countries and, as trade grew, the British Supreme Court for China and Japan and the US Court for China. These courts - for over 100 years in China - dispensed British and US justice in the Far East. "Extrality" had a huge impact, which continues to this day, on how China and Japan view the world. This three-volume work tells its history through the fascinating cast of characters both on and before the bench and the many challenging issues the courts faced including war, riots, rebellion, murder, infidelity and even a failed hanging.