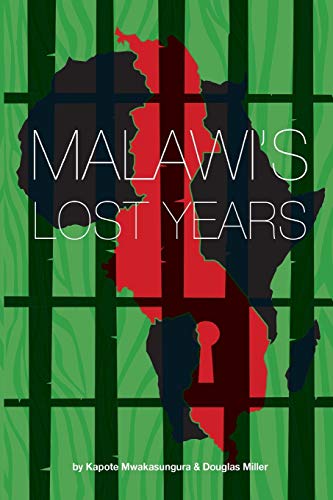 Malawi is a small and poorly known country, but the crimes committed against its people by the brutal dictatorship of Dr Hastings Kamuzu Banda are a part of our shared human history. It is about what happens when governments turn state violence on their own people with impunity. The book gives voice to Malawians who were arbitrarily imprisoned, who fled for their lives into exile, or who suffered silently under the regime's state-sponsored terror from 1964 to 1994. These are not easy stories for the victims to tell and people in power do not want them to be made public. To add to the indignity endured by the regime's victims, Malawi's current leadership has been rehabilitating Banda's image and honouring him, despite well-documented reports of atrocities and abuse of human rights. Nevertheless, even unpleasant history must be openly faced, discussed and acknowledged to provide lessons for the future. The book helps redress this one-sided revision of Malawian history. Fifty years after independence, the Malawi people continue to suffer in absolute poverty and in greater numbers than ever, because the lessons of history from Malawi's lost years have not been learned.

Archibald Kapote Mwakasungura was a student activist who fled Malawi for exile in Tanzania in October 1964 when Kamuzu installed his brutal dictatorship. Kapote lived and studied in Dar es Salaam and later taught at the Mzumbe Institute of Development Management in Morogoro, now the University of Mzumbe. In 1974, he, together with four Malawians, founded the Socialist League of Malawi (LESOMA) and served as its highly respected Secretary-General. In the democratic dispensation in 1992-94, he became a key player as a member of the Transitional National Consultative Council (NCC) and helped to draw up the New Malawi Constitution. Later, he served as High Commissioner to Zimbabwe from 1995 to 1998. He is now retired and still an active politician. He is the Chairman of the Uraha Foundation Malawi, which oversees the prestigious Cultural and Museum Centre Karonga. He is also the Group Village Headman in his village at Kasoba where his young brother is the Paramount Chief of Karonga and Chitipa Districts.