Home Hiro, Dilip To Anchor a Cloud: a Play in Three Acts 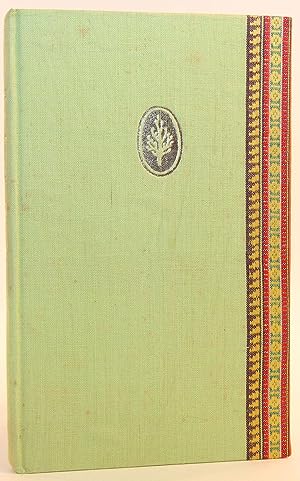 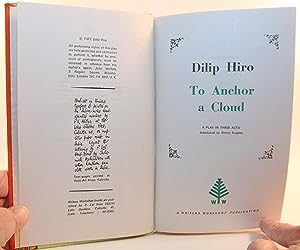 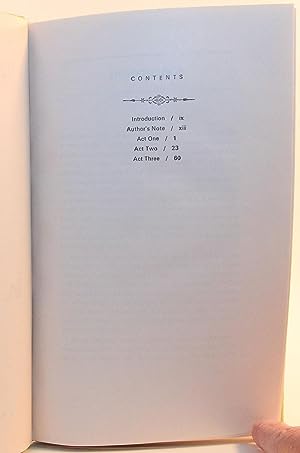 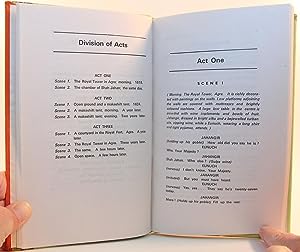 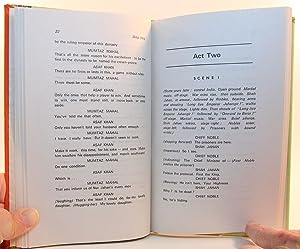 To Anchor a Cloud: a Play in Three Acts

B001NXUA5S 1972 first edition Writers Workshop / P. Lal (Kolkata [Calcutta], India), 5 1/2 x 8 7/8 inches tall light green Indian handloom cloth hardbound, decorative embroidered fore edge to front board, 39 pp. plus publisher's ads. Age-toned, worn and torn publisher's printed paper wraparound 'belly band' laid in. Bumping to top and bottom edges of rear covers. Rubbing, soiling and a couple of instances of slight puckering to the cloth covers. Otherwise, a very good copy - clean, bright and unmarked - of the Writer's Workshop cloth 'limited hardbound edition' Bluebird Book, not to be confused with the far less expensive (and more common) cloth-covered 'popular flexibound edition.' ~SP29~ Born in the Indian sub-continent, Dilip Hiro was educated in India, Britain and America, where he received a Master's degree at Virginia Polytechnic Institute and State University. He then settled in London in the mid-1960s, and became a full-time writer, journalist and commentator. He has published 34 books available in 88 editions and contributed to another 18. Three of his earlier books were re-issued by the publisher in 2013. He is the editor of Babur Nama: Journal of Emperor Babur, a world classic, preserved since 1530. He has also written scripts for theatre, television drama and cinema. This drama, To Anchor a Cloud, was his first published play and among his earliest published works. Writers Workshop is a Calcutta, India based literary publisher founded by the poet-professor Purushottama Lal (1929-2010) in 1958. Over the next few decades it published many new authors of post-independence urban literature. Many of these authors later became important literary figures. Buchnummer des Verkäufers SP29-0451-3054